Live recording of the "Mediterráneo" program of Radio 3 - RNE

Next Saturday, March 24 at 12:00 pm, the live recording of Radio 3 “Mediterráneo” program of RNE (Radio Nacional de España), conducted by journalist Pilar Sampietro, will take place from Es Baluard Museu d ‘Art Modern and Contemporary Art of Palma. The activity is part of the exhibition program On anam?

This is an initiative promoted by the Mallorcan Fund for Cooperation within the framework of the Mediterranean, Sea of ​​Peoples campaign, which facilitates an approach to the natural and cultural diversity of this geographical area, and to the political, ecological, social and economic aspects that they arise.

The program will address the current situation of the Mediterranean, from a local perspective and from different aspects such as art, music, reception policies or relationships between countries. That is why it will be attended by the President of the Consell de Mallorca, Miquel Ensenyat; the Manager of the Fons Mallorquí, Antònia Rosselló and the director of Es Baluard, Nekane Aramburu.

Mediterráneo de Radio 3 was born 10 years ago as a trip to the creation, the music and the letters of the countries of the Mediterranean area, countries where today “we see some of its inhabitants suffer, we share the exile, the its passage through the sea to escape from hatred and war and reach the other sidewalk, “they explain from the organization of the program.

The recording from Mallorca will be enlivened by the live music of Amar Amarni and Jasmina Petrovic. She, a Croatian singer, specializing in Sephardic music, winning numerous awards and able to interpret songs of multiple styles and in several languages. He, an Algerian musician and composer known to mix rhythms from the desert and the mountains of North Africa with the most urban rhythms.

After finishing the program, the audience can enjoy a bit more of their music and a vermut by La Vermutera. 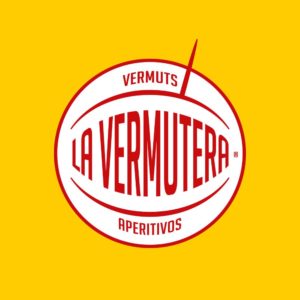 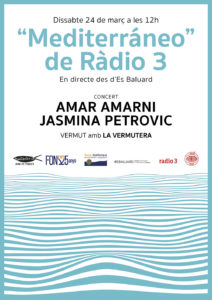