Joaquín Sorolla was educated as a painter at the School of Fine Arts in Valencia. In 1885, he moved to Rome to complete his studies. He travelled to Paris and several Italian cities, where he was introduced to naturalism and colour. A visit to the Universal Expo of Paris in 1889 and the discovery of Nordic painters and their treatment of light, together with referents from the seventeenth-century Spanish tradition, and especially the figure of Velázquez, led him to search for new ways to shape his fascination for light.

Sorolla started to work with new themes such as marine costumbrismo and social realism, with which he achieved national and international recognition. In 1904, he started to develop themes related to the beach and from 1907 on, gardens, especially in Andalusia. His most important work was created for The Hispanic Society of America in New York, where he decorated the walls with fourteen scenes from Spanish regions, a commission that occupied him from 1912 to 1919. Once finished, he travelled to the Balearic Islands and stayed first in Ibiza and afterwards in Mallorca. 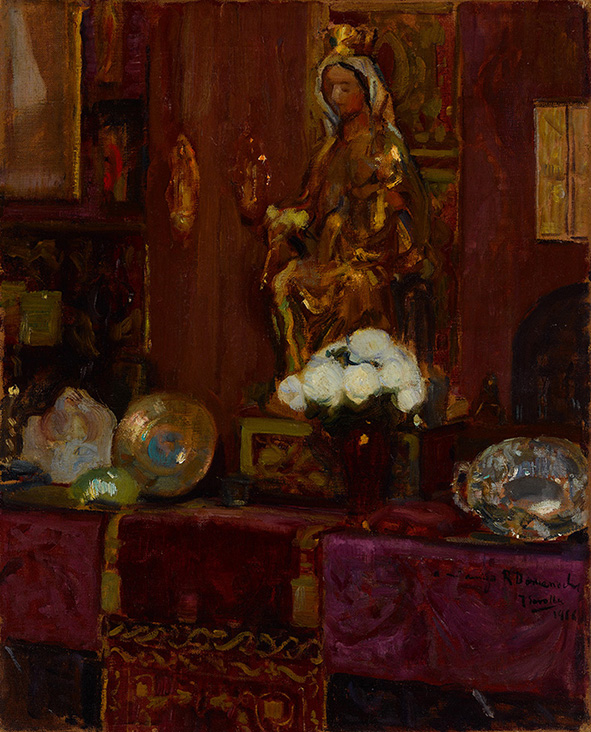