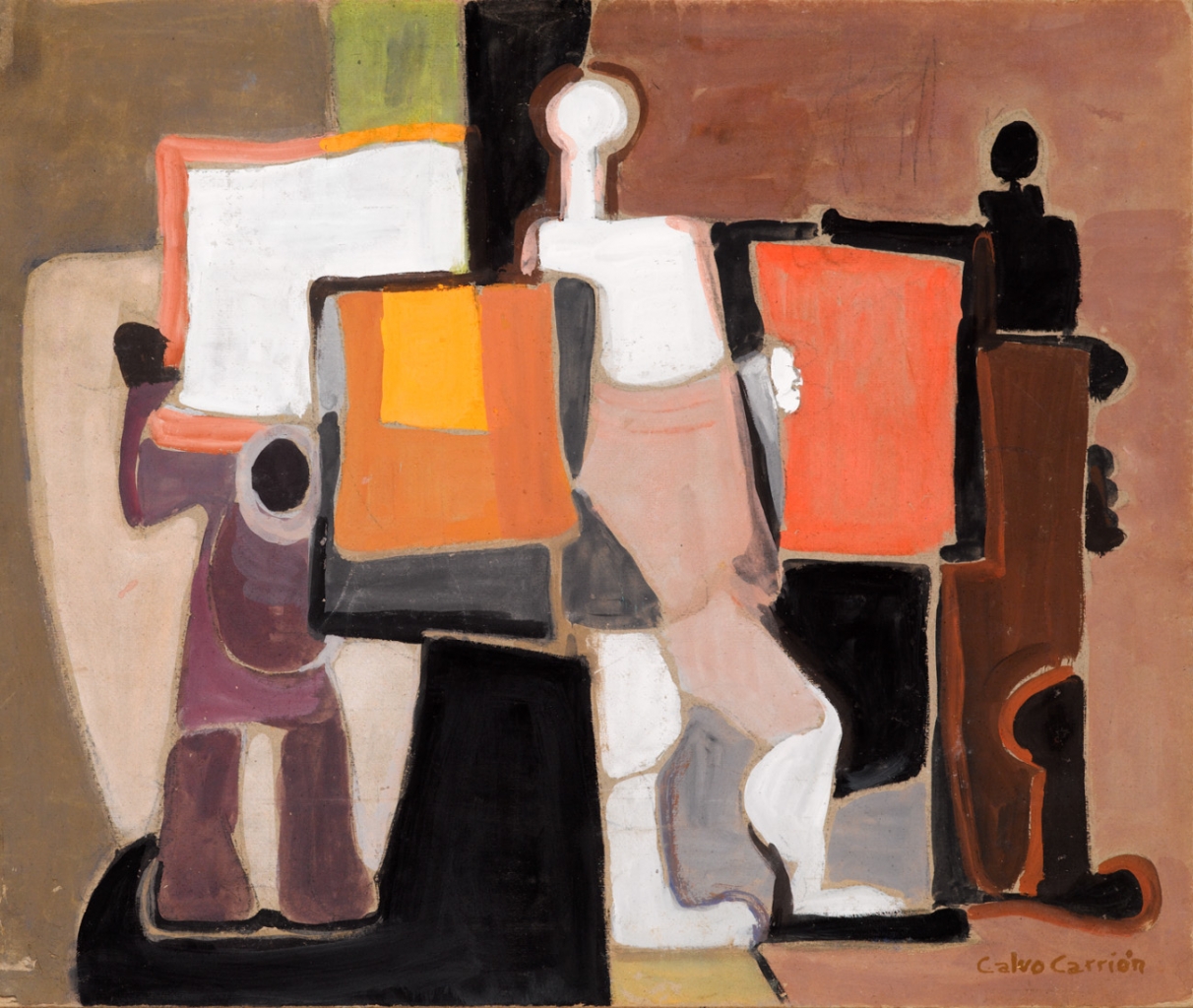 Es Baluard Museu d’Art Modern i Contemporani de Palma presents an exhibition dedicated to the work by the Andalusian painter, Antonio Calvo Carrión (La Algaba, Sevilla, 1921 – Palma, 1979). An artist with initially academic-style training,
travelled from an early age, constantly motivated by the search for new paths in painting. His restlessness led him to travel to different cities such as Madrid, Seville or Paris, settling to live in Mallorca in 1952, and alternating his periods of residence here with spells abroad, above all in Venezuela and Nicaragua.

Throughout his life he developed the portrait and landscape genres, achieving a high level of recognition in contemporary society and from the critics of the time. He was awarded the gold medal as Spanish representantive in the Alexandria Biennial (1955).

Fundamentally the exhibition includes a selection of around fifty works that show the more experimental side of his work, through which the Seville-born artist tried to shape a personal language, removed from the fashions and prosaic reality.Produced during the period from 1962 to 1979, in an attempt to show the universalist theory that defines the artist: “(…) What is the objective pointed out by circumstances to today’s human population? Without doubt, agreement among men. The conclusion is therefore quite clear: our painting must deal with questions that emanate from an eagerness for universality”.

The artist uses these words to express his theory on the Universalist Manifesto, published in Spain in 1964 and in France two years later. With it he proves that he has finally found his own path: painting free from any attempt at mimesis, with a predominance of hieratism as regards form, and highlighting the importance of reflecting the reality of the moment above and beyond the process in itself.