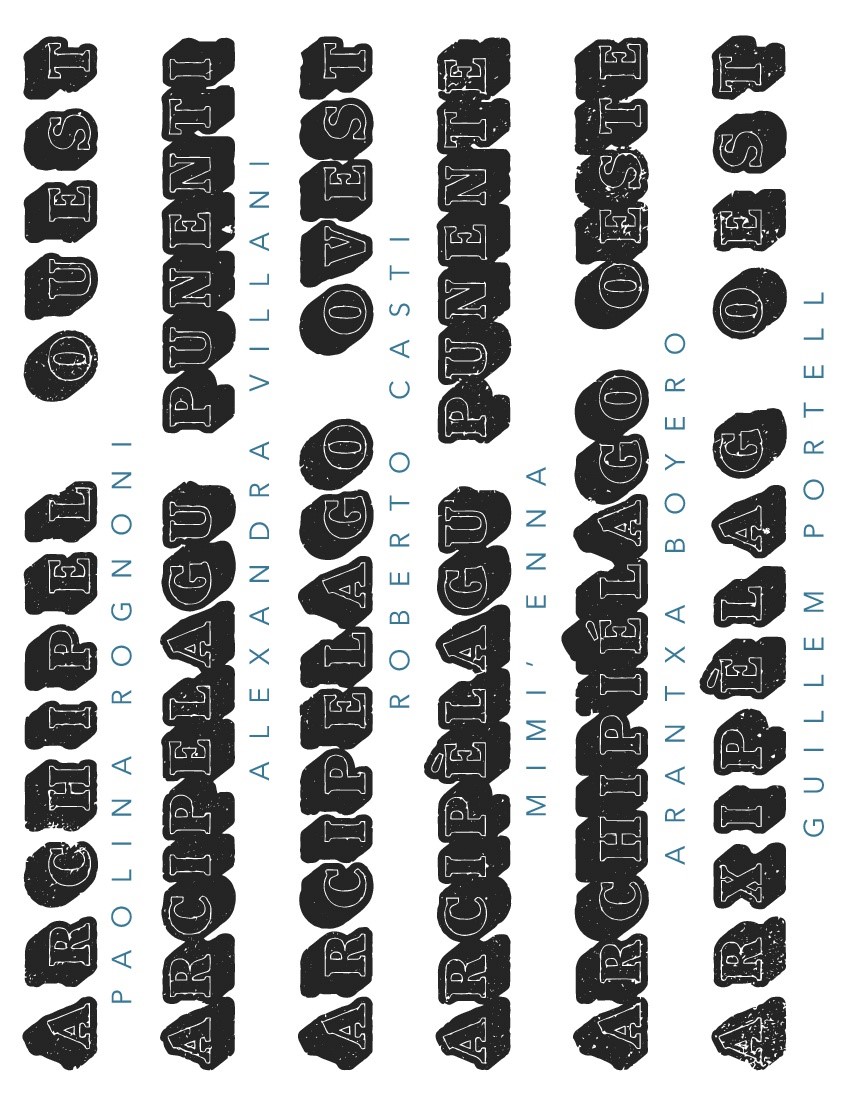 In an ancient age, like that of a Homeric epic, the creative archipelago of a Mediterranean where the islands are places to put in at port, take a few moments away from the maelstrom of the system and think about the artistic process in itself, proposes a dialogue between those close to one another. Interchanging, breathing in the moment and being capable of retaining the energy of their minutes to inject them into the future. Islands that are connected, intersected in a specific space in order to generate a privileged parenthesis in the midst of a crazy world, where frontiers separate and waters join, where artistic processes reveal themselves to be the realest medium within the unreal. A path in company conceived to reach an objective, where the hands that deliver and share allow one to consider that before, a very long time ago, there was a common Mediterranean. The Balearics, Corsica and Sardinia, with their museums and a generation of artists who only look ahead.

“Archipiélago Oeste” came into being with the aim of connecting and lending visibility to the young artists and most relevant museums of the three Mediterranean islands – FRAC Corse (Corsica), MAN, Museo d’Arte Provincia di Nuoro (Sardinia) and Es Baluard Museu d’Art Modern i Contemporani de Palma (Mallorca). This common project which was inaugurated last November in Corti (Corsica) revealed a generation of emerging artists from the three islands, in an exhibition with a title in six languages (Archipiélago Oeste / Arxipèlag Oest / Arxipel Ouest / Arcipelagu Punenti / Arcipelago ovest / Arcipèlagu Punente). Now, at the Observatori of Es Baluard, the project is reflected and inserted into the reality of the Balearics, with a review of the selected projects: Arantxa Boyero (Mallorca), Roberto Casti (Sardinia), Mimi Enna (Sardinia), Guillem Portell (Mallorca), Pauline Rognoni (Corsica) and Alexandra Villani (Corsica), and the project is commenced at the FRAC Corse (Corsica).