Es Baluard presents a new interpretation of the Collection based on the artistic practices developed from 1890 to 2017. Structured around three chronological fields, the selection of the works explores, by way of a sequence, the connections and intersections existing between the local, national and international artistic contexts.

This first time axis, drawn between 1890 and 1939, is articulated around two lines of study: the development of the pictorial genre of landscape, and its connection to Mallorca- with Hermen Anglada-Camarasa, Francisco Bernareggi, Pedro Blanes Viale, Antoni Gelabert, Eliseu Meifrén, Joaquim Mir, Pilar Montaner de Sureda and Santiago Rusiñol, among other artists -, and the break with tradition proposed by the avant-gardes of the start of the century, through the work of María Blanchard, Tsuguharu Foujita, Raoul Hausmann, Wifredo Lam, Amedeo Modigliani and Juli Ramis.

The route through time continues with the European context of the post-war period and the new approaches and depictions of reality that emerged between 1940 and 1977: Existentialism, represented by Wols; the continuity/break with the avant-gardes through key figures such as F. Léger, Marie Laurencin, Joan Miró, Pablo Picasso, Georges Braque or André Masson; material and gestural abstraction, represented by Antoni Tàpies, Hans Hartung and Rafael Tur Costa; the origins of video art in Europe with Robert Cahen as a prominent model, and the introduction in Mallorca of the new practices associated to conceptualism in the 1970s – mail art and visual poetry among them- through the documentary reserve Risc i ruptura. Arxius 1973-1983 by the creators Pep Canyelles, Jaume Pinya and Horacio Sapere, deposited in 2019.

This second section includes a special area dedicated to Joan Miró; an outstanding selection of works from the Serra Collection and the Miró Family –painting, graphic work and drawing –covers his creative process from 1966 to 1978, years in which he maintained an intense technical and conceptual level, and reflects his active participation in the Mallorcan cultural scene.

The third and final period, centred on the years 1978-2017, signals the global context marked by the search for recognition of photography as an artistic medium since the 1960s, whilst other, new media emerge, like the installation and the performance. The defence of painting in Europe in the ‘eighties and ‘nineties – the figurative route and the proposal linked to abstraction – relegates sculptural practice to the background; a practice influenced by Minimalism, Constructivism and Conceptualism, and characterised by the geometric reduction of form and figuration. The recording of the individual and collective memory, the debate on the economic, social and political transformations that have taken place in both East and West over recent decades, the dominance of new technology and the expansion towards other fields of research – biotechnology, for example – determine, amongst other fields, the opening-up to new significances contained in and transmitted by artwork from the end of the 20th century to the present day. Ignasi Aballí, Nevin Aladağ, Josep Maria Alcover, Amador, Andrea Büttner, Miquel Barceló, Miguel Ángel Campano, Ramon Canet, Pepe Cañabate, Lawrence Carroll, Adriano Costa, Amparo Garrido, Luis Gordillo, Rafel Joan, Ángeles Marco, Glòria Mas, Lydia Okumura, Walid Raad/The Atlas Group, Tomás Saraceno, Antoni Socías, Mladen Stilinovic, Eulàlia Valldosera and Francesca Woodman conclude the selection of artists.

A total of 100 works of art and documents make up the current selection which covers the dissemination of creation in the Balearic Islands in the early decades of the 20th century (with Antoni Gelabert and Raoul Hausmann as prominent figures, thanks to the loan of work from the Anglada-Camarasa Family collection and documentation by the Musée d’art contemporain de la Haute-Vienne – Château de Rochchouart in France) and the decade of the 1970s in Mallorca, through the reserve of documents deposited by the artists Pep Canyelles, Jaume Pinya and Horacio Sapere; it reflects the increase in the presence of the woman as a creator in the Collection – including Lydia Okumura, Eulàlia Valldosera and Francesca Woodman –and the expansion of the reserves linked to the national and international contexts from the 1970s on, through the deposit of private collections of work by Andrea Büttner, Adriano Costa, Ángeles Marco, Tomás Saraceno and Mladen Stilinovic, and the donation of the artist Robert Cahen. 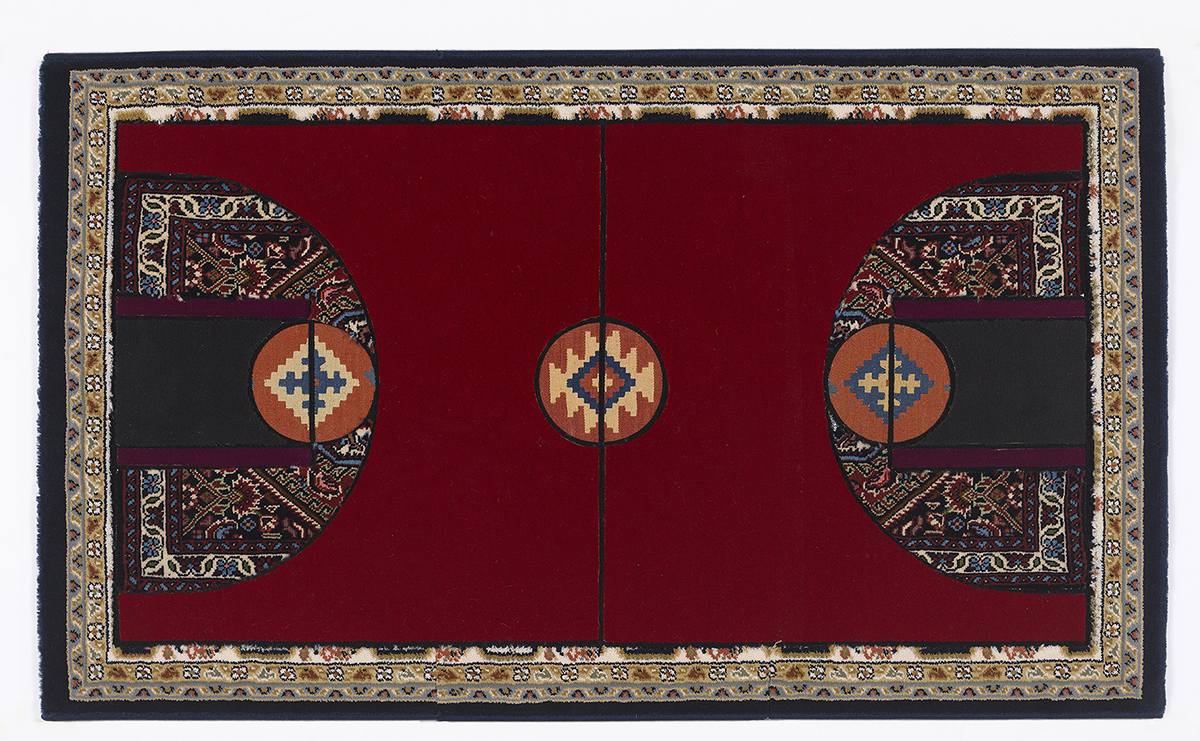 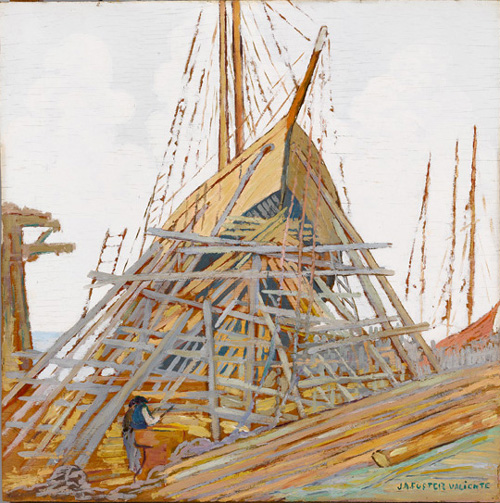 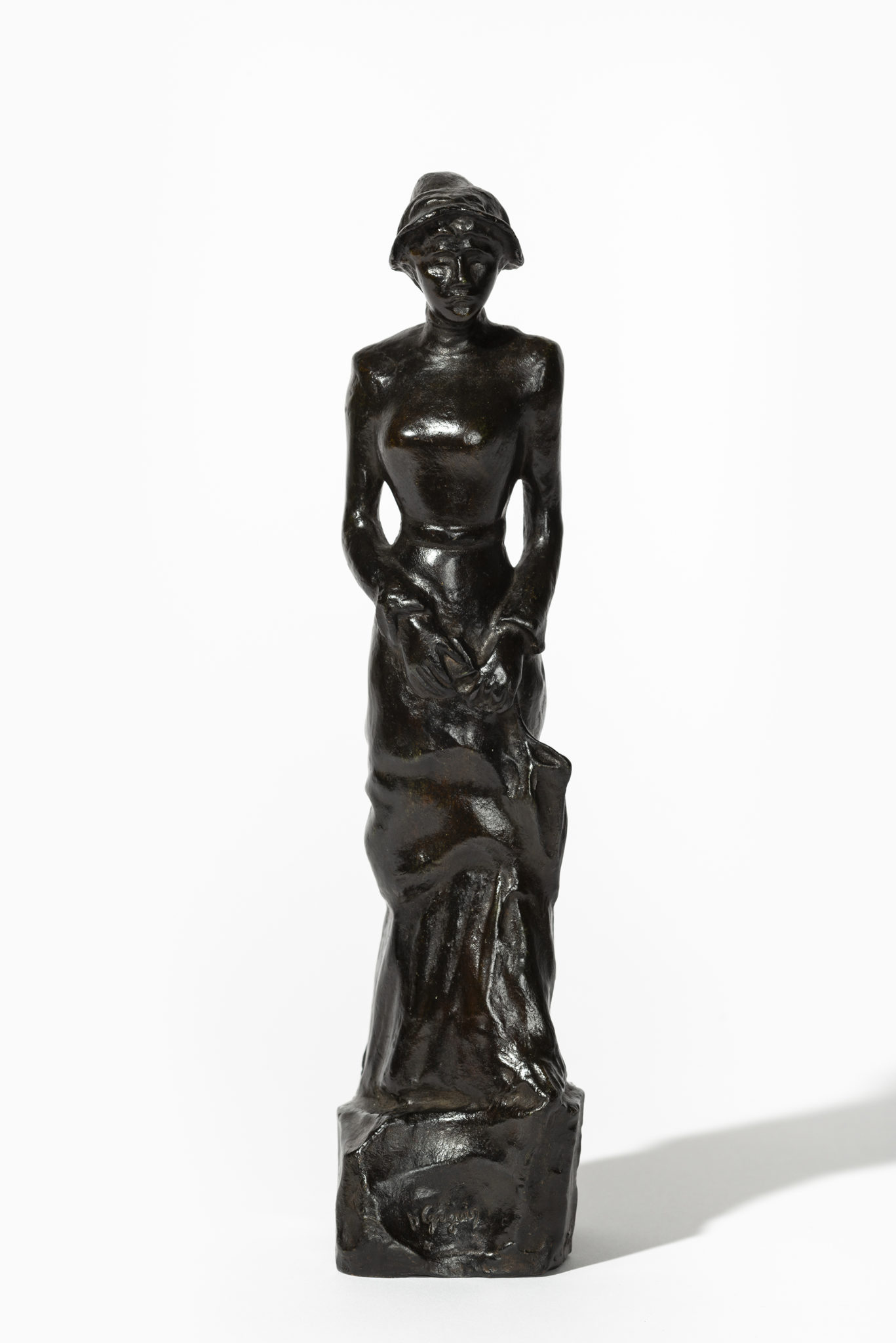 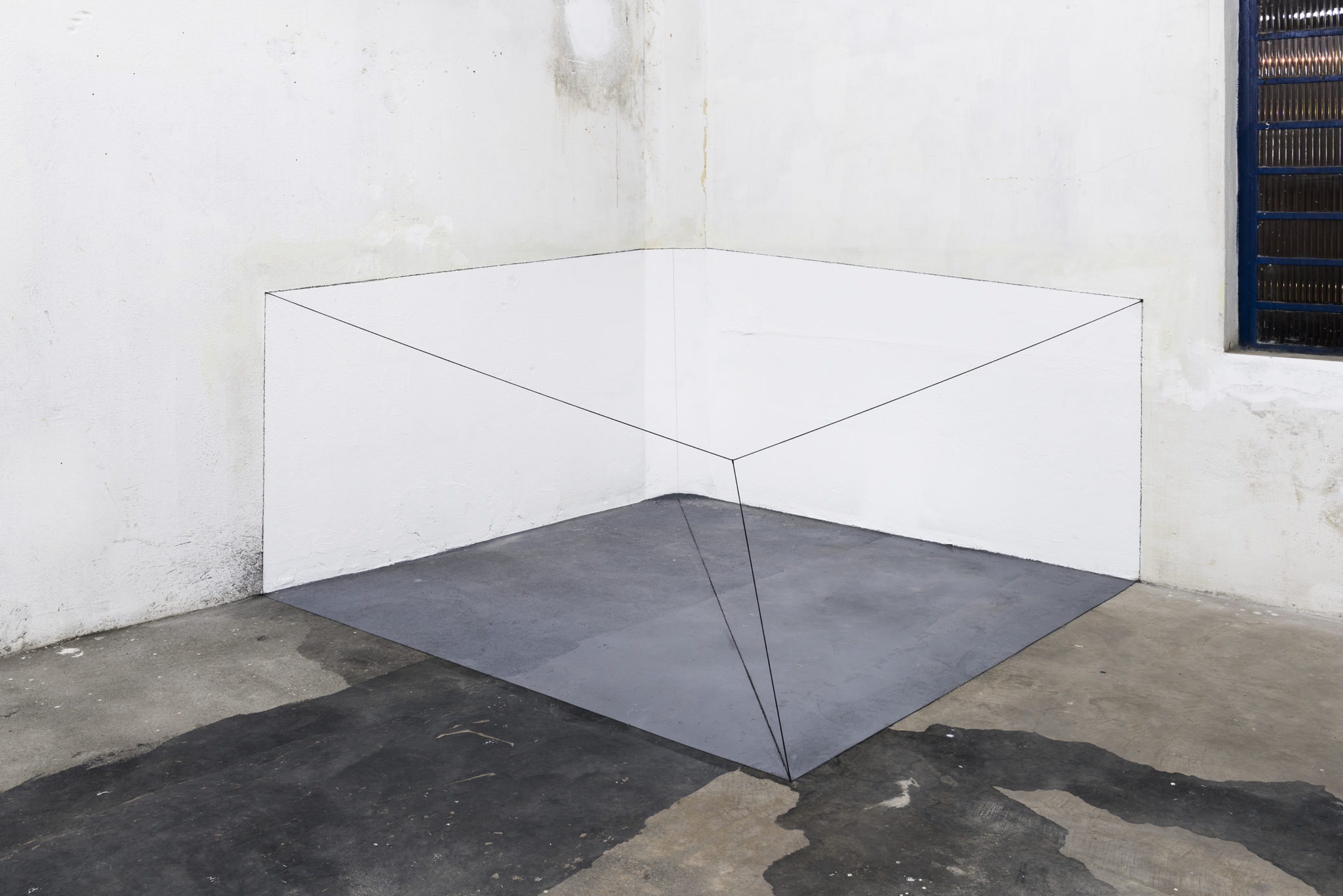 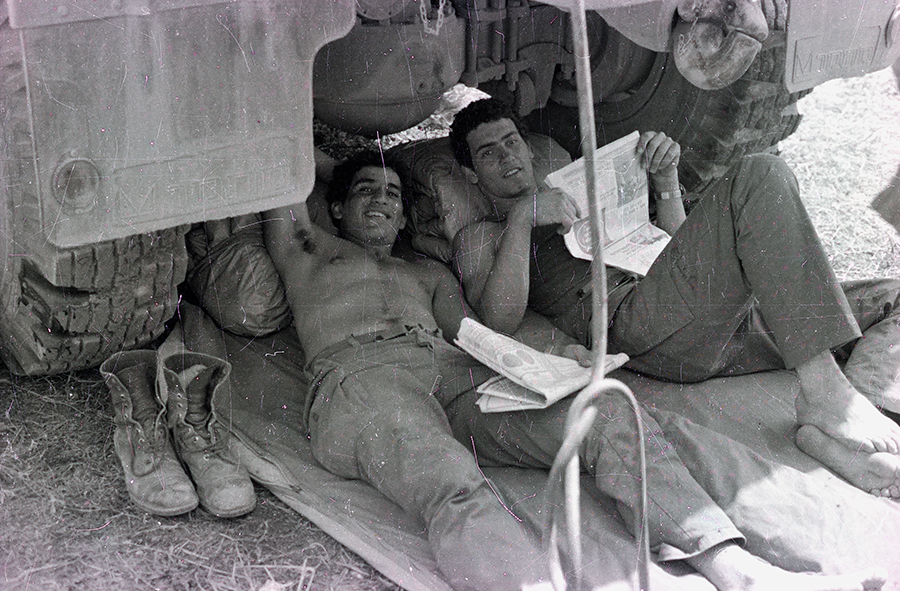 Walid Raad/The Atlas Group We decided to let them say, “we are convinced” twice_Soldiers II 1982-2007 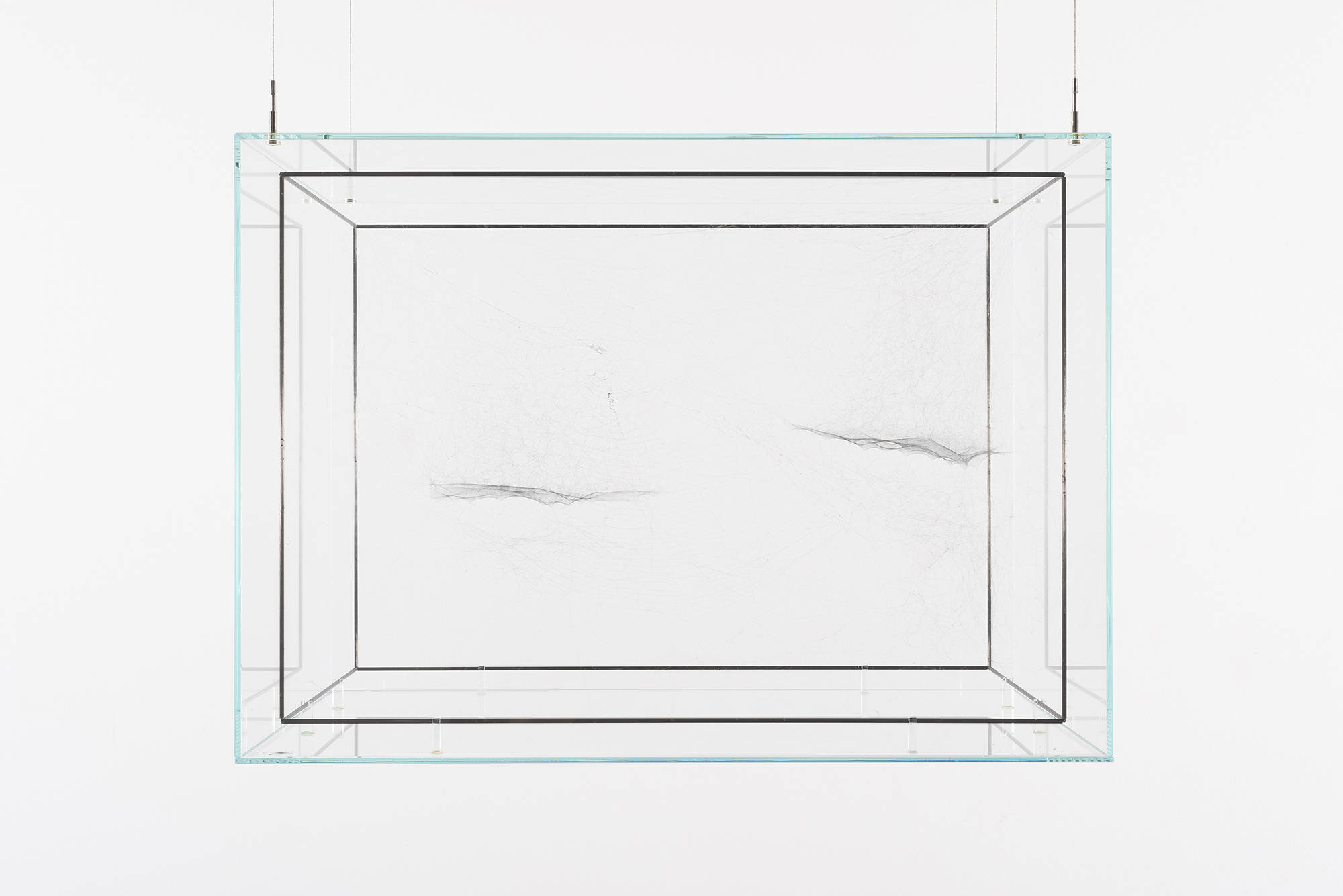 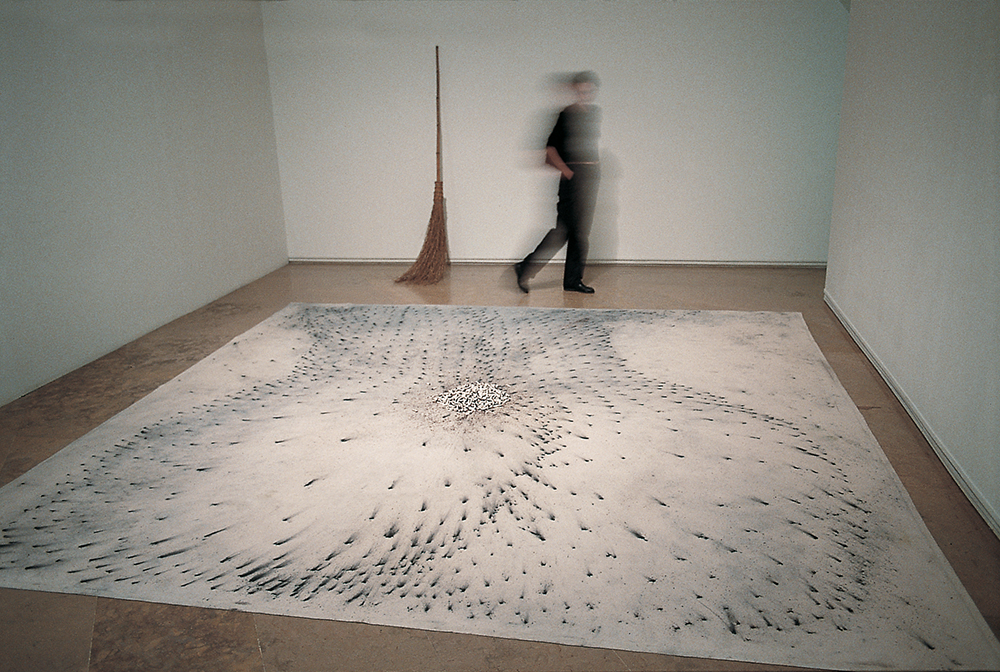 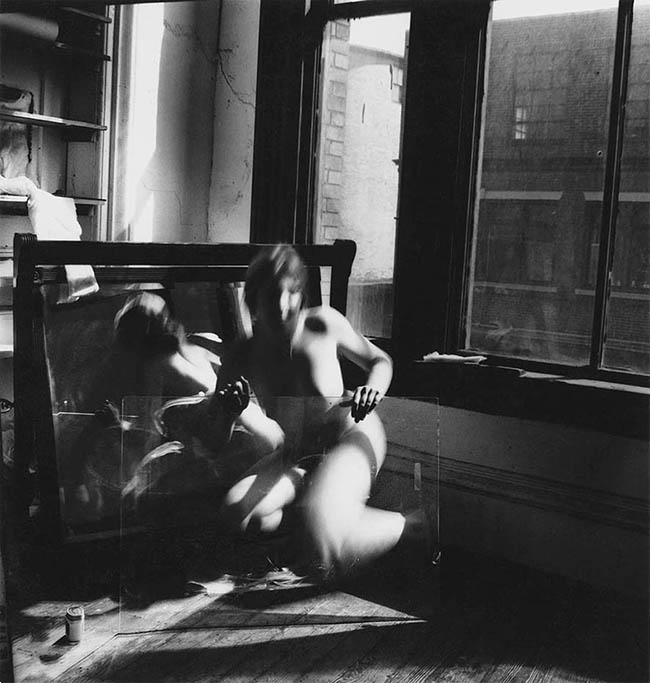 Francesca Woodman A woman: A mirror. A woman is a mirror for a Man, Providence, Rhode Island 1975-1978 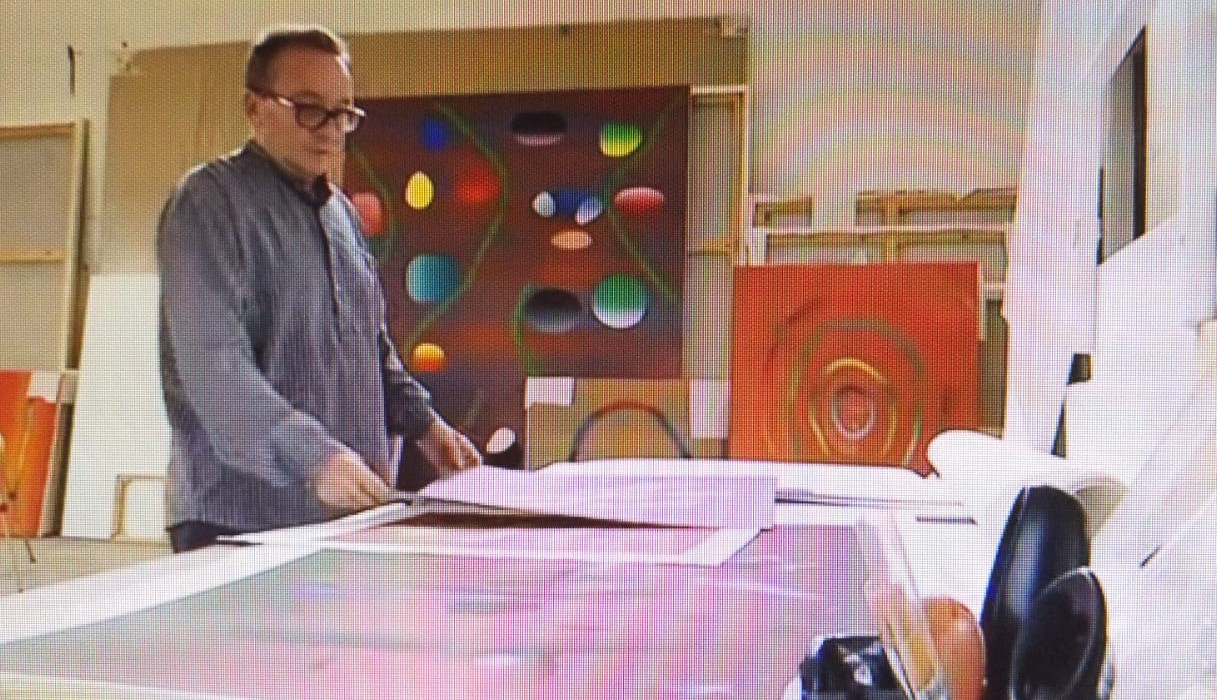