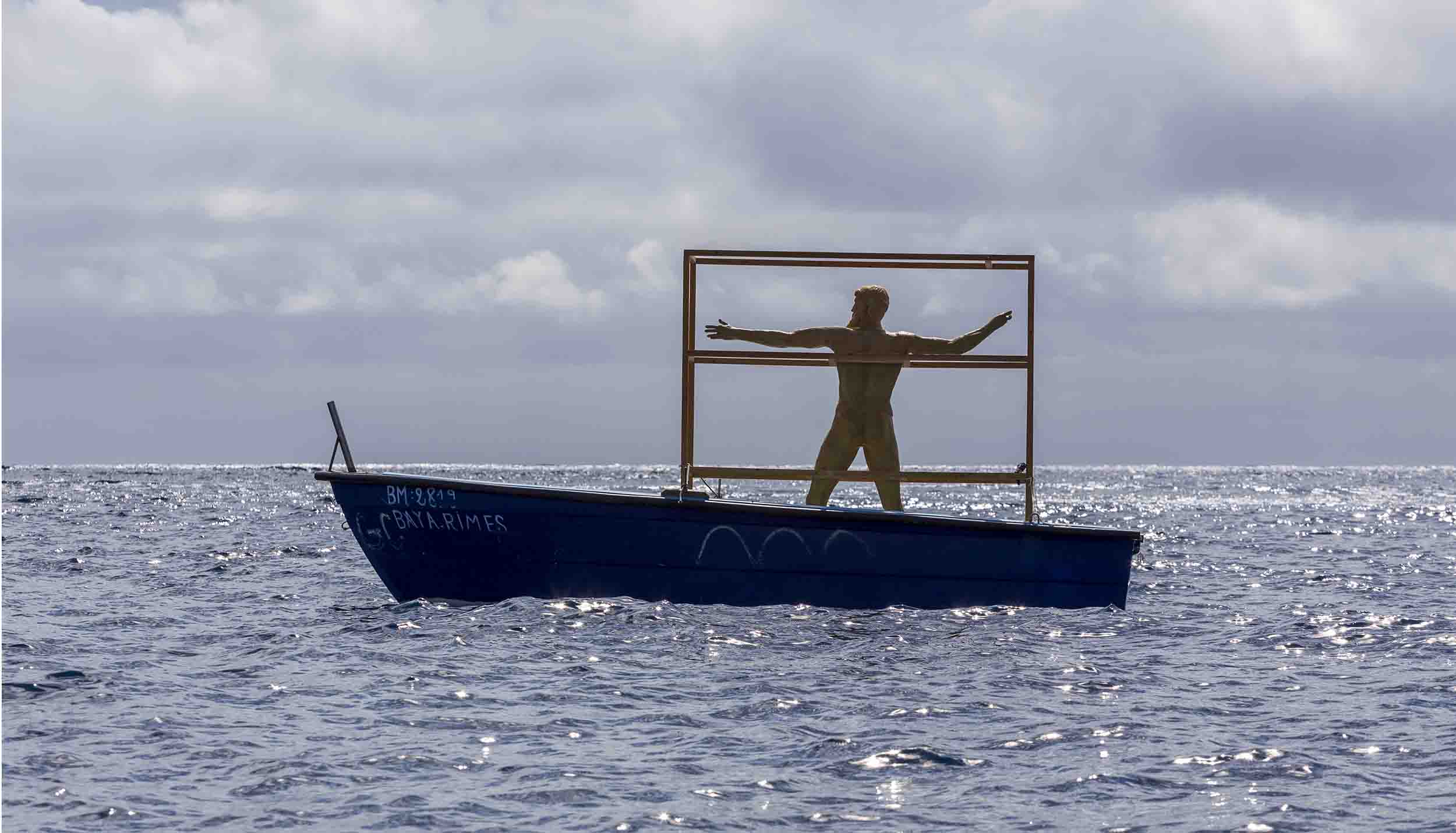 Sailing the Mediterranean is a venture loaded with historical, political and social meaning. It means taking on board a host of presences and absences, the bearers of buried and drowned stories, it means being prepared to see how time continues to transmit an imagery that points to conflict, banishment and exile. On the one hand, “Letter of Marque” is the title of the exhibition that Daniel García Andújar presents this season with unpublished material and work, and on the other it hints at something of abandonment, pillage and loss. Under this title, Andújar has conducted site-specific research in order to present different pieces alluding to a shared time and place.

Material and stories that, in a simple gesture, offer us the chance to be a place, to become a space and to reclaim memories. Daniel García Andújar recovers and recreates a place that, even though we know it, is presented for the first time here: the Mediterranean. Thinking about the Mare Nostrum, as the Romans called it, means taking on board all those voyages, diasporas and migrations. It means retrieving other lives, many of them lost and silenced. Thinking about the Mediterranean as an insula, an isolated but identified place, is both surprising and unsettling. Taking this entity as his starting point, Andújar lays down multiple layers of meaning using elements that in turn result from an investigation from different angles. Aware of the impossibility of dealing with all the silences, he brings together a visual corpus that refers to different times, pieces that form a historical thread and point to a non-ending: from the tales of the Aeneid to the latest victims to perish during the crossing to Europe. It is by bringing to light these other tales that he dialogues with the letter of marque, establishing a metaphor by recognising the theft not only of goods but also of basic rights.

Among the many narratives unearthed, one that stands out is that of Deseado Mercadal (Maó, 1911–2000), a writer, journalist and musician who was part of the resistance on Menorca during the Spanish Civil War and edited the socialist newspaper Justicia Social. On fleeing from the Francoist régime he was interned in several concentration camps in north Africa and southern France. In 1948 he returned from Algeria to Spain as a banished exile, until he was allowed to return to his birthplace, Menorca, in 1965. Alongside this, Daniel G. Andújar also worked with Greco-Roman legends, giving them a visionary role, like the video produced on the coast of the Balearic Islands in which Poseidon cruises the sea enclosed in a carcass from another time.

The exhibition puts together a kind of symbolic mosaic or archive that makes it possible to trace conflict and pain through over 300 images. As usual in his work, the project deals with the need to revise and rewrite history, to recognise how theft and pillage happen not only when a letter of marque is granted but also in official histories – and above all when we strip people of their rights, their memory and their identity. Andújar deals with how history is full of the systematic robbery that goes with – and has always gone with – forced migration and exile. It is this exile status that demands the dignity of which it has been deprived and return to the place where those involved should always have lived.

Daniel García Andújar (Almoradí, Alicante, Spain, 1966) is a visual artist, theorist and activist who works and lives in Barcelona. Through interventions in public space and a critical use of digital media and the communication strategies of the corporations connected to it, his theoretical and artistic work oscillates between real (the city) and virtual (the Web) territories. He has given and conducted workshops and seminars for artists and social collectives in many countries. His works have been shown in numerous exhibitions around the world, including Manifesta 4 and the 53rd Venice Biennale. The Museo Nacional Centro Arte Reina Sofía hosted a complete solo show in 2015, curated by Manuel Borja-Villel. In 2017 he participated in documenta14 in Athens and Kassel. 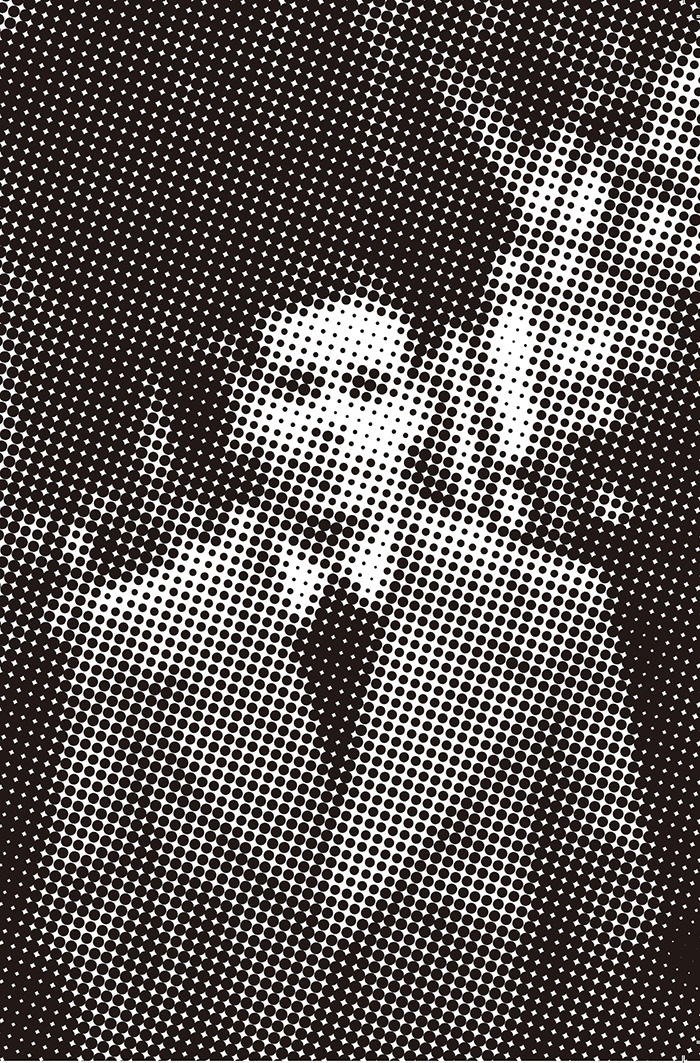 Deseado Mercadal
Activities:
Members of Es Baluard
Exclusive visit with Imma Prieto and Daniel García Andújar
September 15th, 6 pm
Requirement: being Member of Es Baluard
Guided visit to the exhibition
By Daniel García Andújar
October 26, 7 pm
Free entrance
Conference on the prisoner camps during the Civil War and the Franco dictatorship
Imprisonment and exile of the defeated of the Spanish War
January 17, 6 pm
Free activity
Opening hours
Tuesday to Saturday, from 10.00 am to 8.00 pm Sunday, from 10.00 am to 3.00 pm
The tickets office remains open until 30 minutes before the closing time
Closing days
1st January 1st May 25th December Closed every Monday
+info
Current Exhibitions
Antònia del Río.
Having the Castle in Mind, Carrying the Castle in Your Body 28.10.2022 → 29.01.2023 Jorge Eduardo Eielson.
The Vertical Knot 28.10.2022 → 02.04.2023