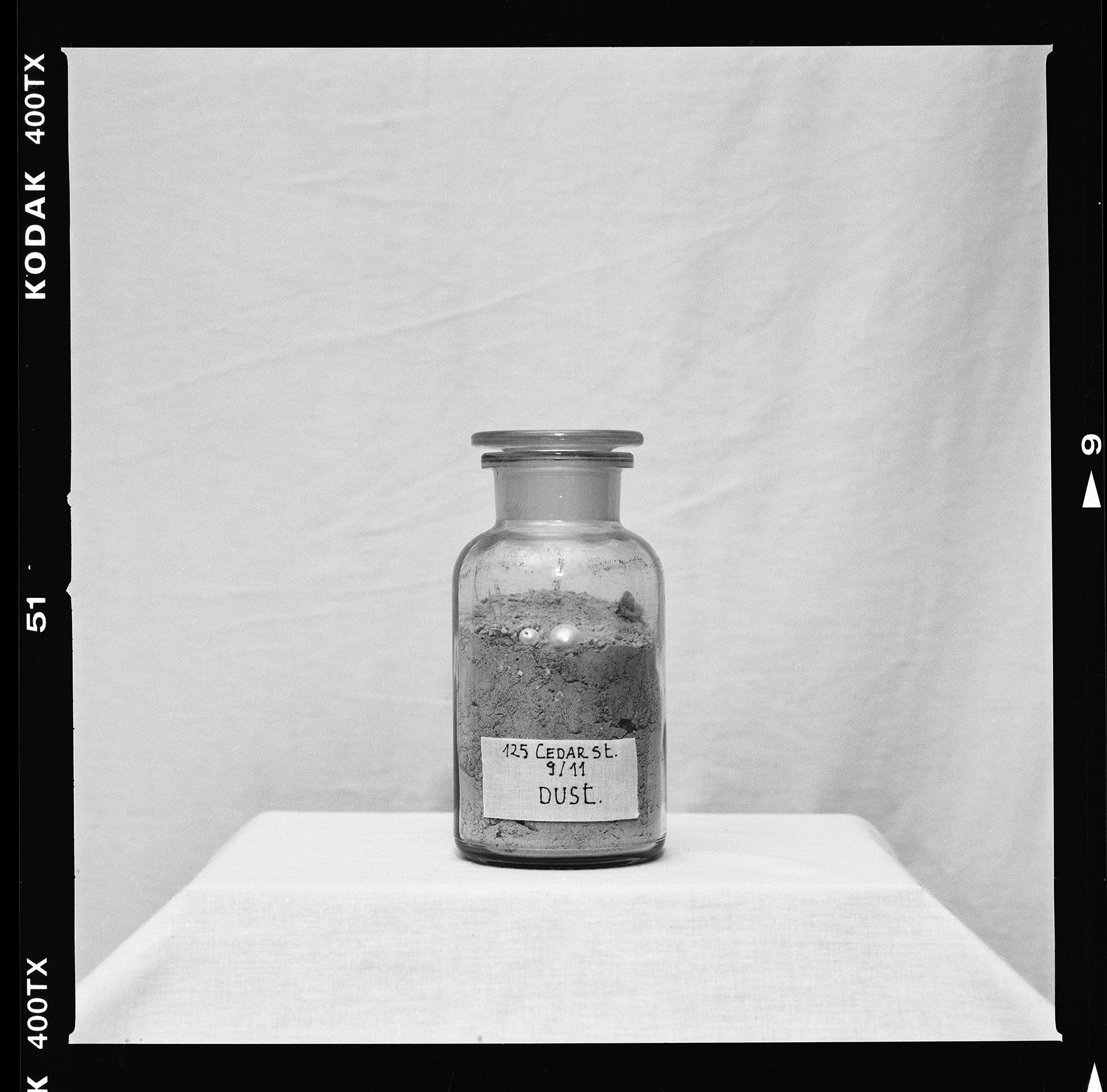 Elena del Rivero.
The Archive of Dust: An Ongoing Project

“The Archive of Dust: An Ongoing Project” is an exhaustive overview of the fundamental lines that characterize Elena del Rivero’s work gravitating around the attacks of the World Trade Center on September 11th, 2001, in New York. The project deals with loss, the collective memory and pain, as well as with the construction of the existential pillars that make up the beliefs and values ​​of society to rethink the future.

The main axis of the exhibition is A CHANT, the memorial installation produced by Elena del Rivero with the over 3,000 pieces of paper collected from the floors of her destroyed studio home, and related works that she has been completing overt the last 20 years, in particular the collages created with the salvaged pieces of paintings from her destroyed works during the attack. These collages will be seen in Palma for the very first time.

There will also be shown Nine Broken Letters, a work produced during nine consecutive sleepless nights while being displaced from her home at 125 Cedar Street and that were inspired by her reading Marina Tsvetáyeva’s Florentine Nights. The interests and methodologies that are part of her trajectory, such as the Letters from Home, will materialize as well in the Palma exhibition through the intervention on the Museum’s terraces where the artist will install Trapos de cocina (2021), a work made in collaboration with citizenry.

The show organically structures and crystallizes the different phases of the project that emerged from the trauma of the attacks. In this way, it includes the drifts and reflections initiated in her first two installations [Swi:t] Home (2000-2001), at The Drawing Center in 2001, and [Swi:t] Home: A CHANT (2001-2006), installed for the first time at the Corcoran Gallery of Art in Washington in 2008 and, for the second time, at the New Museum in New York in 2011. On this occasion, the installation will mark the twentieth anniversary of 9/11.

The project takes shape thanks to a number of voices from Mateo Feijoo’s artistic direction to the concept of dust by Professor Warwick Anderson and also to Lawrence “D” Butch Morris (1947-2013) who composed Bring Light (2006), a sound piece that has accompanied the installation of A CHANT in each presentation. Bring Light was composed using Elena del Rivero’s sound recordings of noise at ground Zero with Butch’s own compositions and is presented with permission from the Estate of Lawrence “D” Butch Morris.

The proposal at Es Baluard Museu forcefully presents Elena del Rivero’s artistic and personal work and gives visibility to two independent and complementary lines of work: the first, which began around 9/11, points to loss, collective memory and pain, and the second, addresses personal issues that have to do with how our existential pillars are built, such as in her ongoing series Letters to the Mother (1990-2022).

Finally, the exhibition ponders on the historical, the collective and the personal while addressing, at the same time, our most immediate present. Therefore, it proposes an urgent and necessary reflection about the socio-political strategies that shape our contemporaneity for future generations.