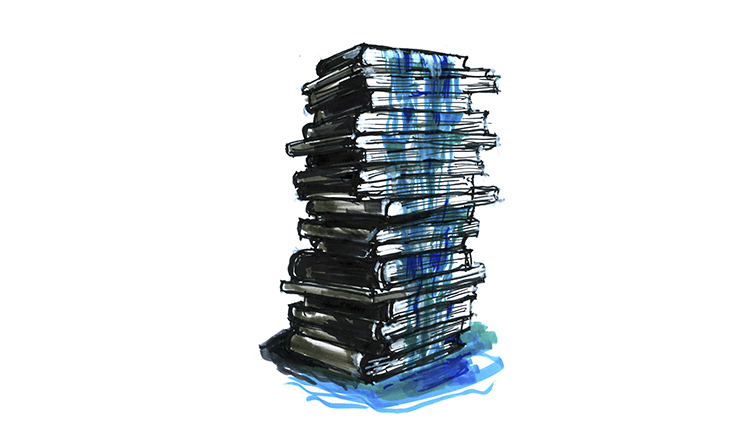 Fabrizio Plessi is one of the most renowned pioneers in the production of video installations. For thirty years he was linked to the island of Mallorca, where he had his residence. With this project, Es Baluard Museu undertakes a review and analysis of those of the production that he created on the island as a place of projection and inspiration.

In this sense, and in view of the imminent opening of the interpretation centre dedicated to Plessi in the S´Abeurador building in Santanyí (a town near Es Llombards, where he used to live), Es Baluard, as a museum with a long-term involvement with the artists featured in its collection and an arts centre committed to engaging in networking with local community projects, will be responsible for the scientific and curatorial part, according to an agreement signed last year with the Santanyí Town Hall.

Historically, we must go back to Fabrizio Plessi’s first contact with Mallorca in 1989, when he developed a proposal for an exhibition at the Palau Solleric, at a time when Plessi was at the peak of his career after his participation in the Documenta 8 in Kassel. Since then and until last year his projects have been conceived or developed from the peacefulness of the southeast part of the Mallorca island. An island that for the artist is a mirror of Venice, its complement in terms of light and atmospheres, of skylines and intensities.

Plessi’s universe is embedded in the baroque, but it is minimalist. His work is attentive to details, but it extends on scales that are always humanist. Analysed from the perspective of an art history in which the use of technologies in artistic creation, as well as in advertising, has become commonplace, the evolution of this artist is intrinsically related to the hybridisation of languages and the exploration of his own approach.

The foundations on which it is built, now more relevant than ever, refer to issues that are inherent to human beings and their evolution on a planet on the brink of a social and environmental abyss. I would therefore highlight six constant features of his work:

The object is not what is important, but obviously the television container becomes an object and an image, as poetic medium, visual language and vehicle.

The aesthetics of the detail, from the macro to the micro level, of the physical versus the psychological, allows him to exalt the television not as a kitchen appliance but as the last vessel to intervene from a spiritual point of view. Free and capable of adapting to the flow of mediumistic images.

Bergson called the virtual image “pure memory”, as opposed to the mental images, the images of our memory or of daydreaming, all of which are updated against a new present.

We would say that much has already been written about his work. Therefore, the main part of the project in Es Baluard Museu are artists’ books and editions. All the books of this stage, which begins in 1989, are displayed in showcases before the viewer, and are released in video format to allow the visitors to immerse themselves in the mysteries of the shared pages moved by the wind. Beyond time and space, even pushed by the swirling of a fan, the installation allows the books to be read and their movement between the real and the virtual.