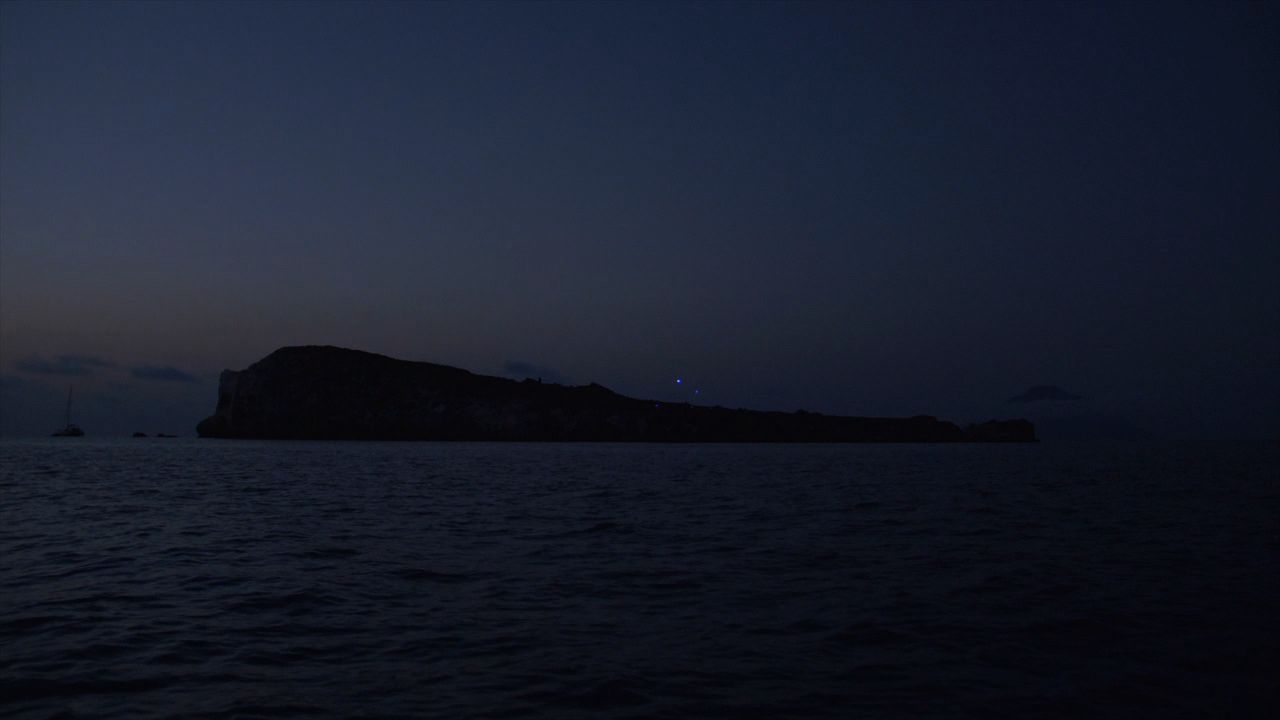 Selected from 82 creators presented to the competition, over the year 2017 Fermín Jiménez Landa (Pamplona, 1979) has developed her work proposal on Lisca Bianca, an uninhabited island in the archipelago of the Aeolian Islands the creator connects to the idea of fictitious disappearance, tourism and the concept of island as a political and geographical frontier.

In recent years Jiménez Landa has been working on the act of disappearing. To disappear from where one is expected to be, surprisingly and against all logic, is a common desire. It is a fantasy to return to a state of freedom which on the other hand probably never existed. Sometimes people find that flight is not enough to escape from their problems. Escape in itself was the solution, but not a different place where new, different everyday problems would eventually appear.

One of the archetypal places for escape is the desert island, a cultural cliché beyond geography in which desires are projected, where civilisation, society and consensus do not exist yet and a utopia can therefore be started from scratch, however tiny the patch of dry land may be. On an island, the political and geographical borders coincide. Lisca Bianca has always seemed like a hypothetical place of operations for some kind of intervention that ultimately never took place.

The very idea of escape is taken by the tourism market as an element of seduction, delving deeper into the paradox of the great masses of tourists trying to implement their fantasy of being the only person in a place that is distant, but now never remote any more. In an age when borders are increasingly rigid, the only free circulation that is fomented is tourism.

Lisca Bianca is a tiny, uninhabited island in the Aeolian archipelago that will always be associated to a fictitious disappearance, that of the main character in The Adventure, by Michelangelo Antonioni (1960). Anna mysteriously disappears from an island that has practically no hidden nooks and crannies.

In all the squares of all towns with mass tourism we invariably find the same people selling led helicopters that they throw up into the air. On the night of 4th August 2017, the artist went to Lisca Bianca taking several with her.

The video creation piece En la oscuridad brillante is an exercise based on the documentation of what took place on the island that night. A rather non-narrative video that gives rise to an abstract image, and something aesthetical but with a sombre undertone.

Fermín Jiménez Landa lives in València and works anywhere. Carrying out actions, public interventions, video, installations or drawing, Fermín Jiménez Landa works on processes of equivalence, investment or exchange that make us see reality from an equidistant point between the absurd and the sensible, the endearing and the iconoclastic, the empirical and the unverifiable.

He has crossed Spain in a perfect straight line of swimming pools, united the tallest towers of Barcelona with a plastic fir tree, she has manufactured a spiral staircase that is taller than the ceiling of the museum, travelled without touching doors, ordered confetti by colours and planted giant sequoias in the streets.

He studied at the Faculty of Fine Arts in Valencia and attended workshops by Robert Morris, Rogelio López Cuenca, Daniel G. Ándujar, Francesc Torres, Jon Mikel Euba and Douglas Ashford, as well as classes at the Anotati Scholí in Athens.

This scholarship, promoted by DKV and Es Baluard, has been awarded since 2014 and the primary objective is to help and disseminate videographic creation. To date, over 220 artists have participated, and the winners in previous years were the works (Preposición) La Habitación (2014), by Elssie Ansareo and Alaitz Arenzana, Skyline (2015), by Javier Artero and The sun is gone but we still have the view (2016) by Joan Bennassar.