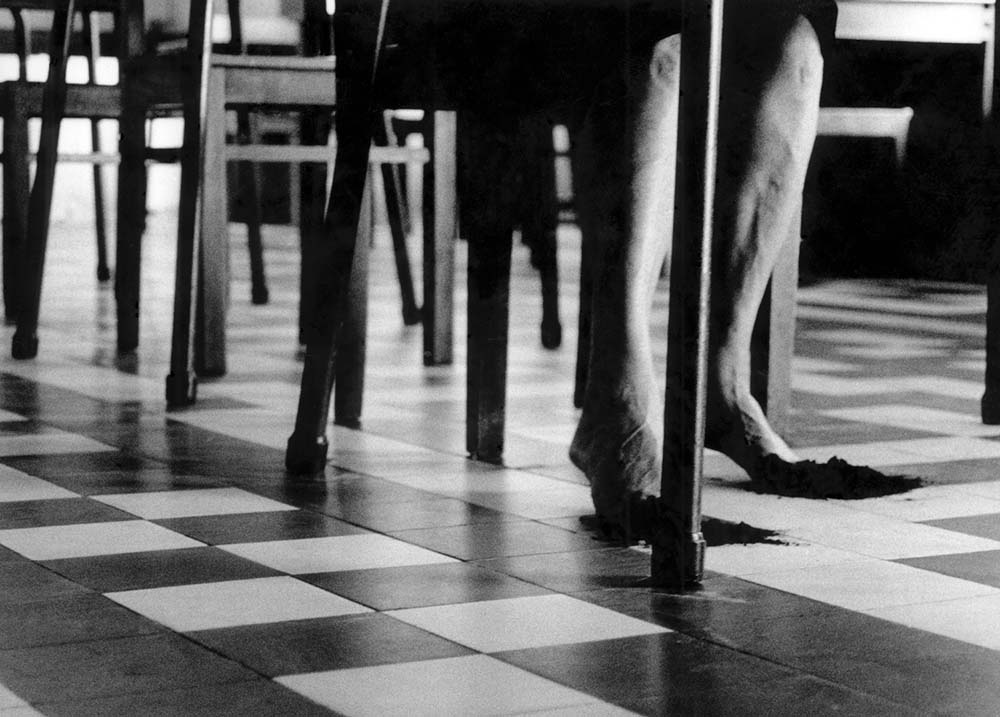 In its Gabinet space, Es Baluard presents a first approach to the creative process and work of Helena Almeida (Lisbon, 1934), an artist present in the collection through the piece A experiência do lugar. This display format, conceived for the Gabinet, enables us to broaden the documentation of significant pieces from the museum, positioning them in relation to new artworks, with the aim of complementing and centring the work of artists linked to the collection in a continued attempt to highlight the role of women in the history of art, in this case with the feminism radiated by Helena Almeida as the exponent of a work process anchored in the self-referential, the body and action.

Helena Almeida’s piece in the collection is a photograph taken in 2001 which confronts the video-format work A experiência do lugar II, 2004 – produced for the 2005 Venice Biennale – in a permanent exchange of media and experiences. Thus, the relationship between the two works presented forms an essential creative journey centred on photography and video from the subversion of the medium itself; two media which, alongside painting, drawing and performance, shape her artistic career which began in the mid-1960s on the basis of resistance and continual practice, which are constant themes.