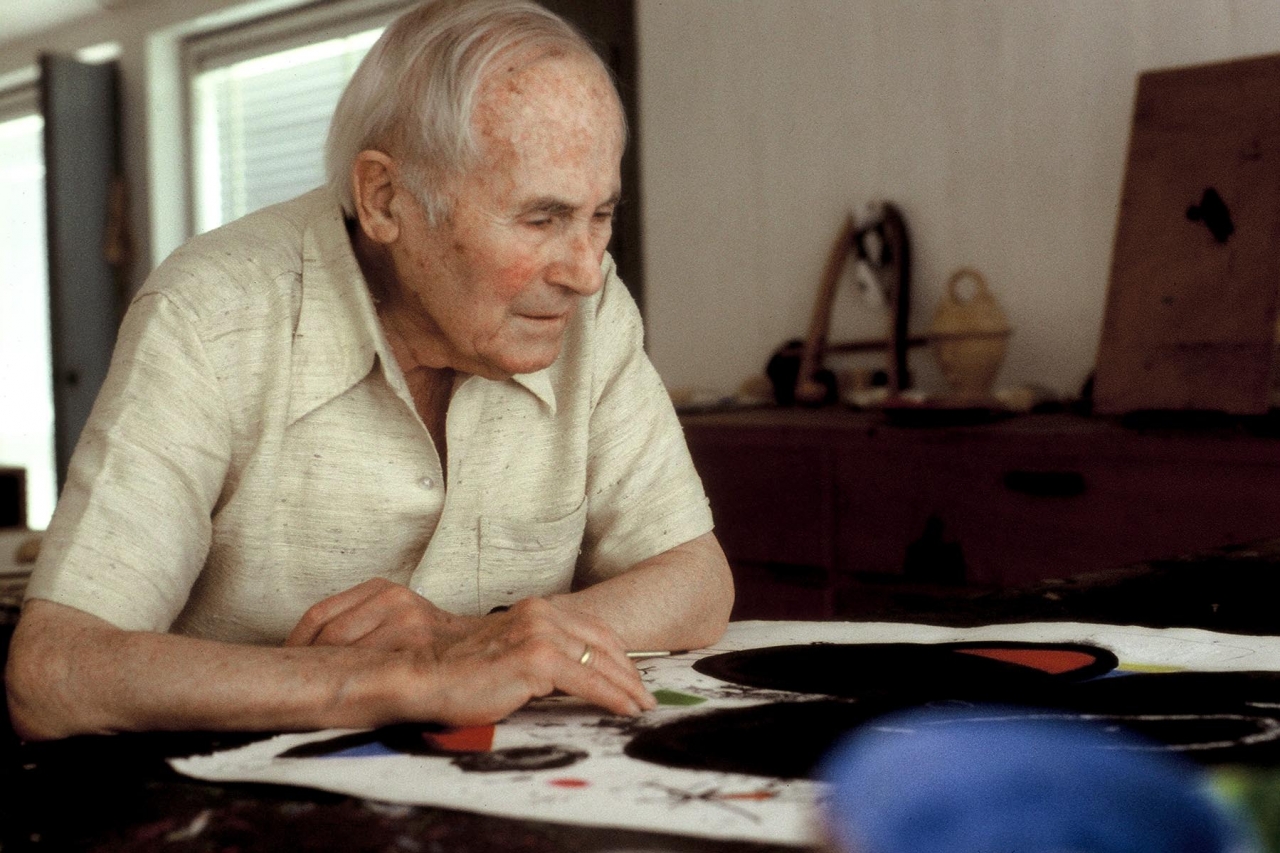 Jean Marie del Moral is a photographer in the classical sense of the term, with a prolific, intense career that started in the 1970s when he began photographing social movements in France, a task he continued later with the “Carnation revolution” in Portugal for left-wing newspapers. Afterwards he gradually worked on coming closer to the workshops and studios of certain painters he was interested in after a first visit, in 1978, to the workshop of Joan Miró in Palma de Mallorca. As a result of this Es Baluard began working with this photographer who has homed in on the figures of relevant creators from the islands and the museum’s collection, such as Miquel Barceló, Miguel Ángel Campano, Robert Motherwell, Antoni Tàpies, José Manuel Broto, José María Sicilia, Ferrán García Sevilla, Jaume Plensa, James Brown, Sam Francis, etc.

As the first phase of the collaboration with Jean Marie del Moral, we present a selection of images belonging to his project carried out with Joan Punyet, Miró’s grandson, under the name of “El ojo de Miró” (‘Miró’s Eye’). A project which, in Es Baluard, will focus on Son Abrines, the studio constructed by Josep Lluís Sert on the property the Catalan artist bought before settling in Mallorca in the late ‘fifties.

The works of Jean Marie del Moral have been published by the most prestigious international magazines. In 1987 he inaugurated his first individual exhibition and in 1988 was present at Rencontres Internationales de la Photographie d’Arles, also with an individual exhibition. In 2004, on the occasion of the publication of his book Barceló, fotografías de Jean Marie del Moral (Thames and Hudson, Steidl, Actes Sud, La Fabrica) in four countries, he exhibited his works in the IVAM-Institut Valencià d’Art Modern (Valencia), the Centro Cultural Conde Duque (Madrid), the Museo da Cidade (Lisboa), Fundación Antonio Pérez and several foundations in Spain. He has also written and directed two documentaries: Picasso y la tauromaquia (1993) and Los estudios de Barceló (1991).

In collaboration with Successió Miró