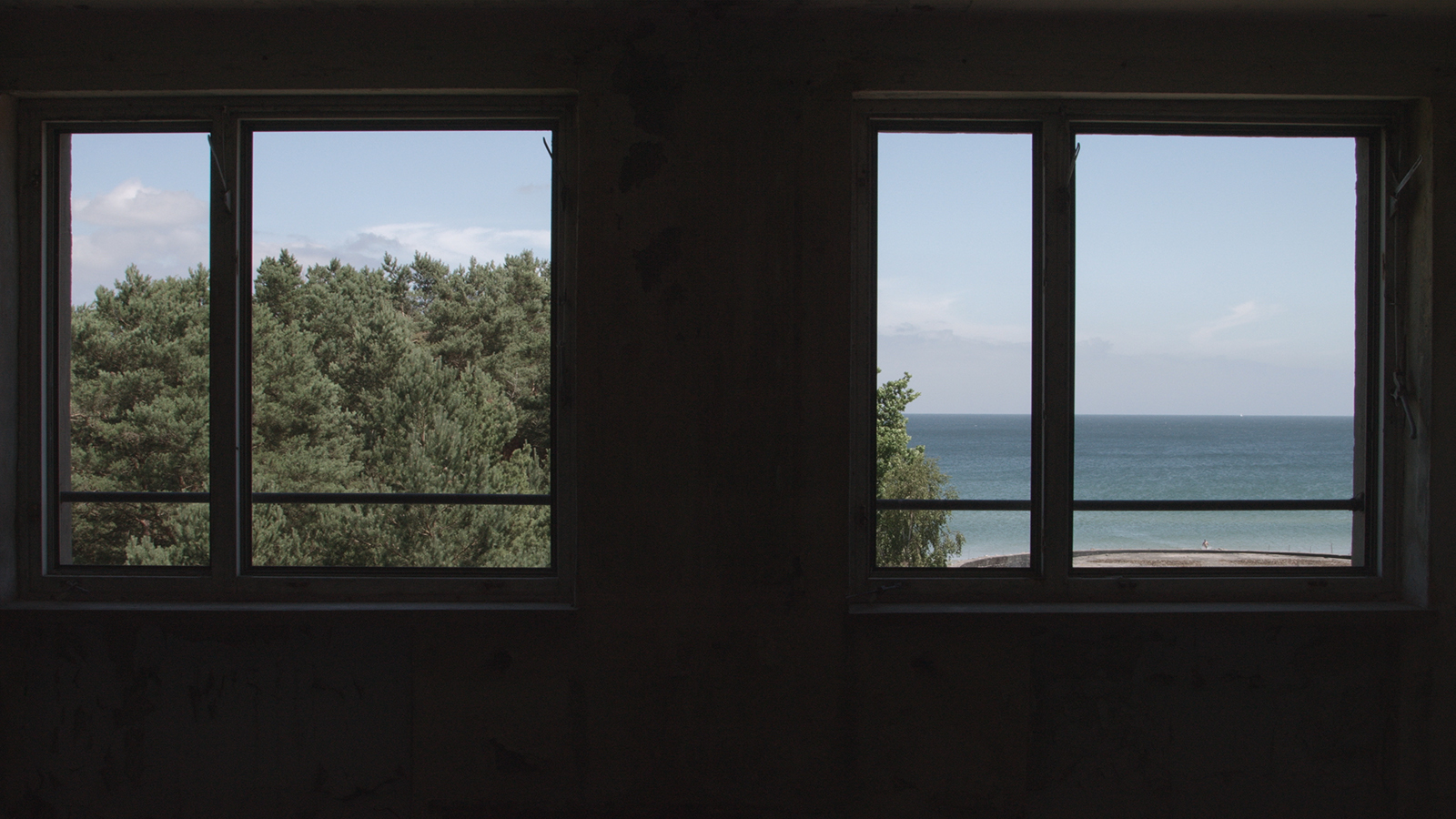 With her project Prora. Complejos de destino, Irene de Andrés was the artist selected from 104 creators who submitted works in response to the announcement of the V DKV-Es Baluard Production Scholarship for Videographic Creation. In this proposal, the artist once again deals with tourism as a theme, implementing the idea by turning towards the obsession of travel, of collecting places, and how this colossal industry is becoming stronger and stronger, swallowing everything in its path.

Irene de Andrés places the project in one of the largest tourist complexes, and one of the oldest, Prora, on the island of Rügen, on the Baltic coast of north-east Germany. This is a building erected in Nazi Germany during the years 1936 and 1939, when it was abandoned due to the outbreak of World War II. After almost half a century of abandonment, Prora begins to have a new life, in a way fulfilling its original purpose. What was born as a vacation ideal for the good worker of the National Socialist regime, is reopening its doors for those who can afford a luxurious apartment overlooking the sea. The buildings themselves in their different historical eras, as the results of the tourism industry, recount what has happened, what is happening and what may happen. It’s another meaning to refer to the tourist complexes and refers to those hotels that offer everything necessary so that guests do not have to leave their premises. These types of places, along with cruises have become increasingly popular and function as one city within another.

Irene de Andrés (Eivissa, 1986) graduated from the School of Fine Arts of the Complutense University of Madrid (2004-2009) where she did a Master’s degree in research and artistic production (2009-2010). She has been one of the resident artists of the FLORA Ars + Natura School in Bogotá (Art Residency Program A / CE) in 2016 and of The Harbor Beta Local Program in San Juan, Puerto Rico in 2017. Between the scholarships and prizes she has received most notably the prize Circuits d’Arts Plàstiques 2012, Generaciones 2013, Injuve 2014, the Ayudas a la Creación Visual Vegap 2015 and the Premi Ciutat de Palma 2015. She has enjoyed the programs of residence of BilbaoArte, Casa de Velázquez and Atelierhaus Salzamt a Linz (Austria). Recently, Irene’s work has been shown in the MuHKA (Museum of Contemporary Art in Antwerp), in the MACE (Museum of Contemporary Art in Ibiza) at IFA Galerie in Berlin, in the second edition of the Triennal Frestas al Sesc Sorocaba  (Brazil) and at the last Biennal Leandre Cristòfol held at the Centro de Arte La Panera de Lleida. Her last solo exhibition took place at Espai 13 of the Fundació Joan Miró in Barcelona in November 2017.