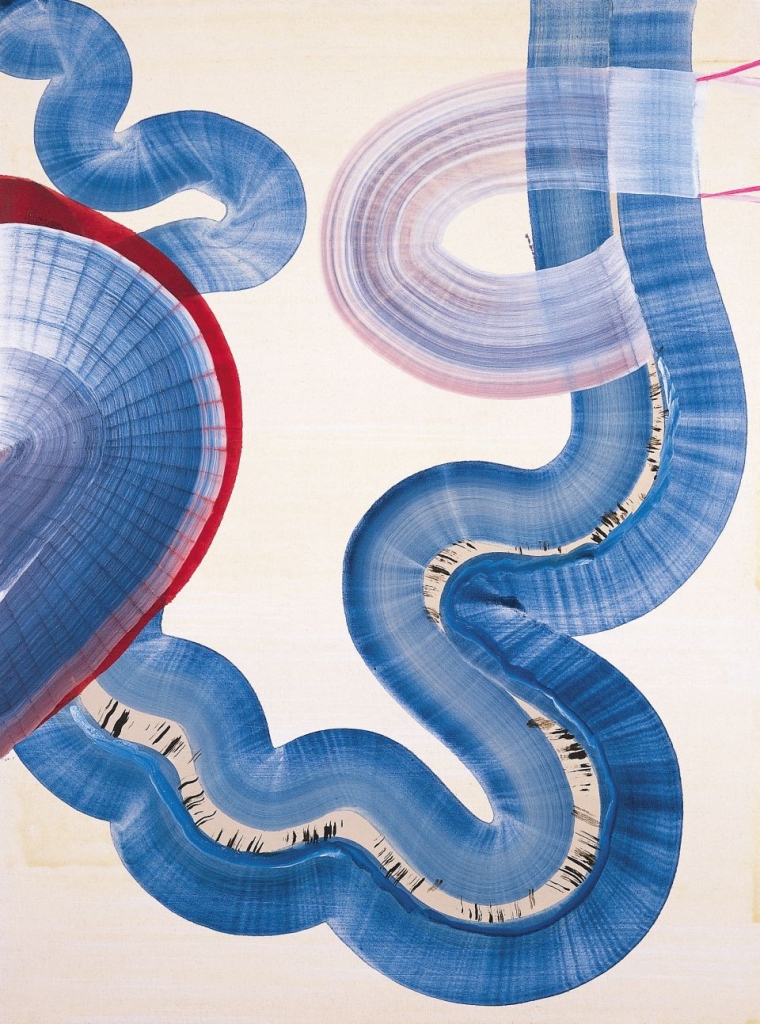 Juan Uslé (Santander, 1954), one of the great names of contemporary abstraction, has managed to place his works in the most important collections of Spain, the United States, France, the United Kingdom, Germany, Belgium, Ireland, Austria, Portugal and Japan, as well as amongst the reserve of the Es Baluard Museu d’Art Modern i Contemporani de Palma, where he is holding what is his first individual exhibition in the Balearic Islands, "Nudos y rizomas" (Knots and Rhizomes), a meticulous selection by Fernando Francés of the more complex and energetic works of those he produced between 1993 and 2009.

22 paintings from different institutions and private collections in Spain reflect these "Nudos y rizomas", with vibrant colours and great contrasts between geometries and gestures, referring precisely to the intricate gestures and the undefined growth of the shoots known as rhizomes in botany. The chaos and intersection of the images that are everyday sights to him, the fast pace of life of New York, where he has lived for a fair part of every year since 1987, but also the flow of nature in Saro, Cantabria, where he also has a studio, are reflected in these works that are loaded with superimpositions. Because in his painting Juan Uslé, with manifest nonconformity, searches for gestures and contrasts of shapes and of colours that are still capable of surprising him after nearly forty years of pictorial work.