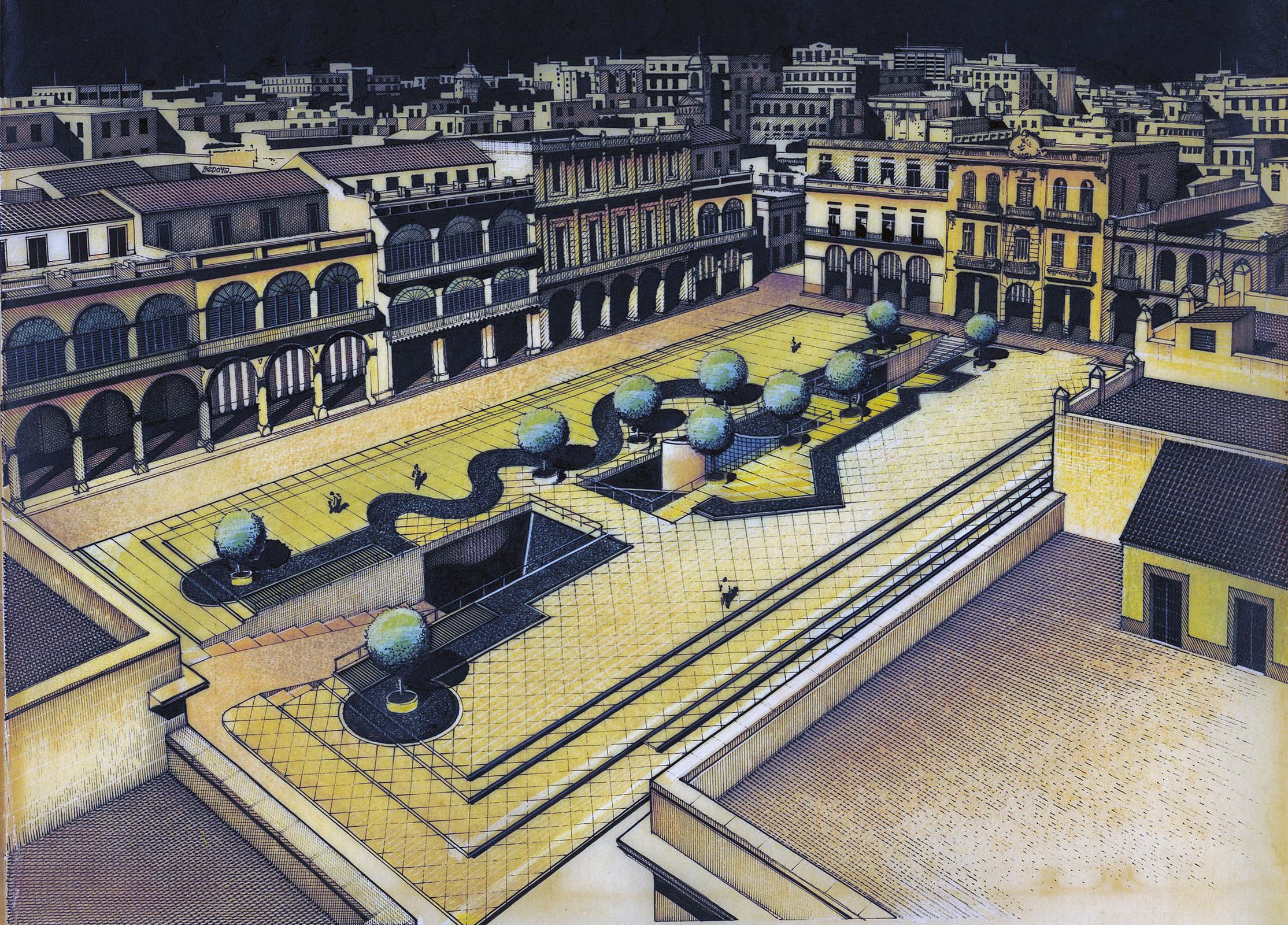 An unusual and contradictory project took place in Cuba between 1980 and 1993: the creation of a Western architecture without a market, the launching into orbit of a collective utopia ignored by the socialist State, the activation of a movement that began as criticism of the official urban planning of the time. And it is back in the spotlight today like the sword of Damocles hanging over the constructions of State capitalism in sight. (With the potential “Shanghaisation” of Havana around the corner, and that drive to build colossal, totemic tower blocks – mostly hotels – with no empathy for the neighbourhoods in which they are located).

«The Parallel Utopia», presented at La Virreina Centre de la Imatge in 2019, brings us closer to an archaeology that digs through several projects designed by the generation of architects born into the Cuban Revolution and who intellectually blossomed in the 1980s. The 1980s were dubbed by the architect and author Emma Álvarez Tabío Albo as the “citizens’ decade” of the Revolution, and by Gerardo Mosquera as the “prodigious decade”. Furthermore, that generation was referred to by the poet Osvaldo Sánchez as the “children of utopia”, by the troubadour Carlos Varela as “the children of William Tell”, and by Iván de la Nuez as the lead player in a “dissonant culture”.

Long before that, Che Guevara had defined them as the “New Man”: a subject not sullied by capitalism or the old regime, the Antillean Frankenstein destined to grow up in a classless society.

Through eight chapters – Prologue City, Monuments in the Present, A Room in Tomorrow’s Future, Instant Utopias, Rebuilding the Malecón to Break Down the Wall, Guantanamo: Final Frontier of the Cold War, The Invisible City and City Lights–, we shall retrace a speculative programme (not in the economic sense, but in the philosophical one) whose journey goes from solares (shanty towns) to barbacoas (a vernacular form to gain space in buildings using tall props); from the art deco that has survived along Havana’s Malecón to the retro kitsch of the 1950s; from Italo Calvino to the Guantanamo Bay Naval Base; from the colonial city to the bicentenary of the French Revolution, taking in or dodging all sorts of monuments.

That is not to forget the commitment to street corners or the revival of popular alternatives, to which the necessary infrastructure is offered so that attitudes can be legitimised and everyday needs accommodated.

In any event, this project is not about specific buildings; it is about urban dreams. About understanding the city as a give and take between building and imagining, heritage and futurism, architecture and human scale. These projects shrug off the stereotypical and infinitely repeated image of Cuban cities – and, in particular, of Old Havana – and offer us one that extends out to traditional villages like Cojímar, disastrous areas on the periphery of Havana like the Alamar district, or the impact of the fall of the Berlin Wall on Guantanamo in 1989. From reclaiming Italo Calvino as “Cuban” or recycling arte povera as a useful device for advancing towards the future.

The exhibition begins with the Mariel boatlift (1980) and ends in 1993, the year when the US dollar was legalised on the island and presaged the “rafters crisis” a year later. This critical architecture was activated between one exodus and the other. And, paradoxically, it could only have existed within a socialist model.

A collective utopia that grew on the slopes of a State utopia, guided by the unwavering commitment to turn architecture into city.

And the city into citizenry.