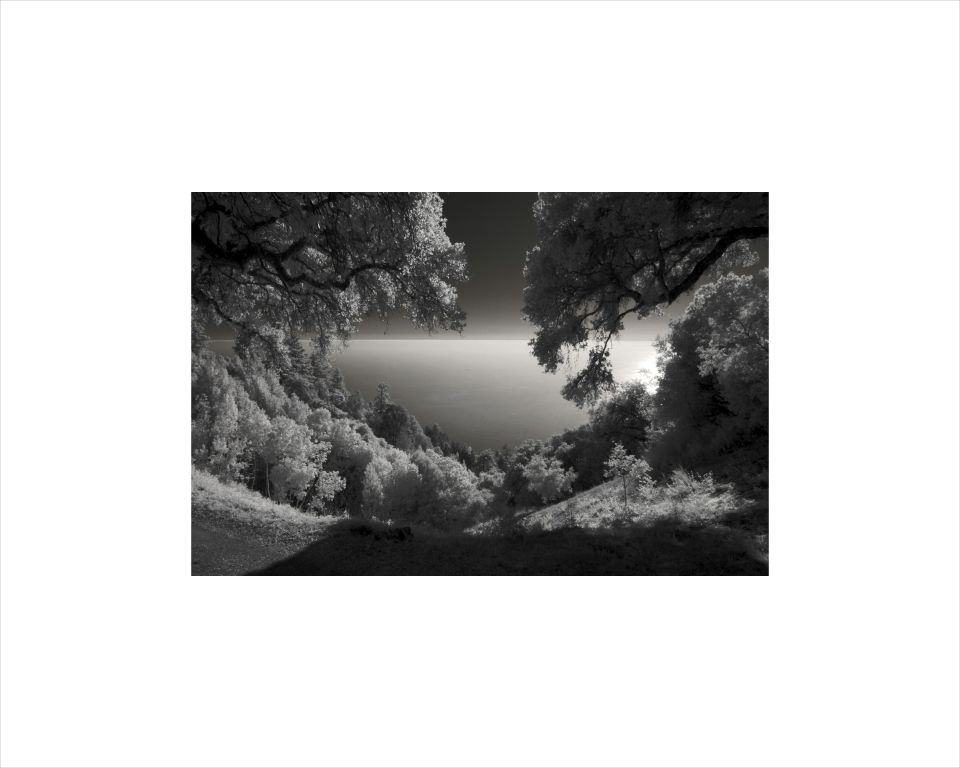 Es Baluard Museu d’Art Modern i Contemporani de Palma is the first European museum featuring the “Lou Reed. Romanticism” photography collection. The exhibition, opened from April 29th to May 30th, is organized by Festival Alternatilla and gathers 23 photos made by Lou Reed from 2005 to 2008, during his concerts tours in Spain, Scotland, China, Italia, Denmark and Canada, among other countries.

With a predominance of natural landscapes and architecture, the “Lou Reed. Romanticism” photos were taken with a digital camera that the artist modified to “look” at the infrared area, which supplies them a supernatural aura. The collection consists of small-format works and distances Lou Reed from his beloved New York: while on the previous photographic works -“New York” and “Emotion in action”- took the city as a model, in the current collection he basically opts for rural views.

“Lou Reed. Romanticism” takes its name from the 18th and 19th century art movement that sought a return to the emotion, beauty, and unknowability of the natural as a counterpoint to industrial era’s emphasis on technological development and the pursuit of rational knowledge. Reed’s images recall this impulse: they focus on the aesthetic and the sublime. The current collection isn’t an isolated case into Lou Reed’s works. The supernatural has pervaded some of his recent works, as the musical and theatre adaptation of Edgar Allan Poe’s The Raven.

Lou Reed on “Romanticism”
“I love photography. I love digital. I love digital. It’s what I’d always wished for. Being in the camera and experiencing the astonishing accomplishment of the creations of life sparked through the beauty of the detailed startling power of the glass lens. A new German lens brings a mist to me. The colors and light I come to see through the beauty of the camera. A love that lasts forever is the love of the lens of sharpness – of spirit warmth and depth and feeling. It makes my body pour emotion into the heartbeat of the world. A great trade and exchange. I think of the camera as my soul. Much like a guitar. My lovely Alpa has rosewood grips. What more could you need? (…) “Romanticism” is exactly that: in Scotland, Denmark, Spain, Rome, China and Big Sur to name a few. The landscape and architecture that I find so fascinating. The trees and the wind billowing and dancing in Edinburgh reminding me of the storm I fell in love with in Cork. The perspectives and range of blacks and whites the perfect thing for a film noir fan”.