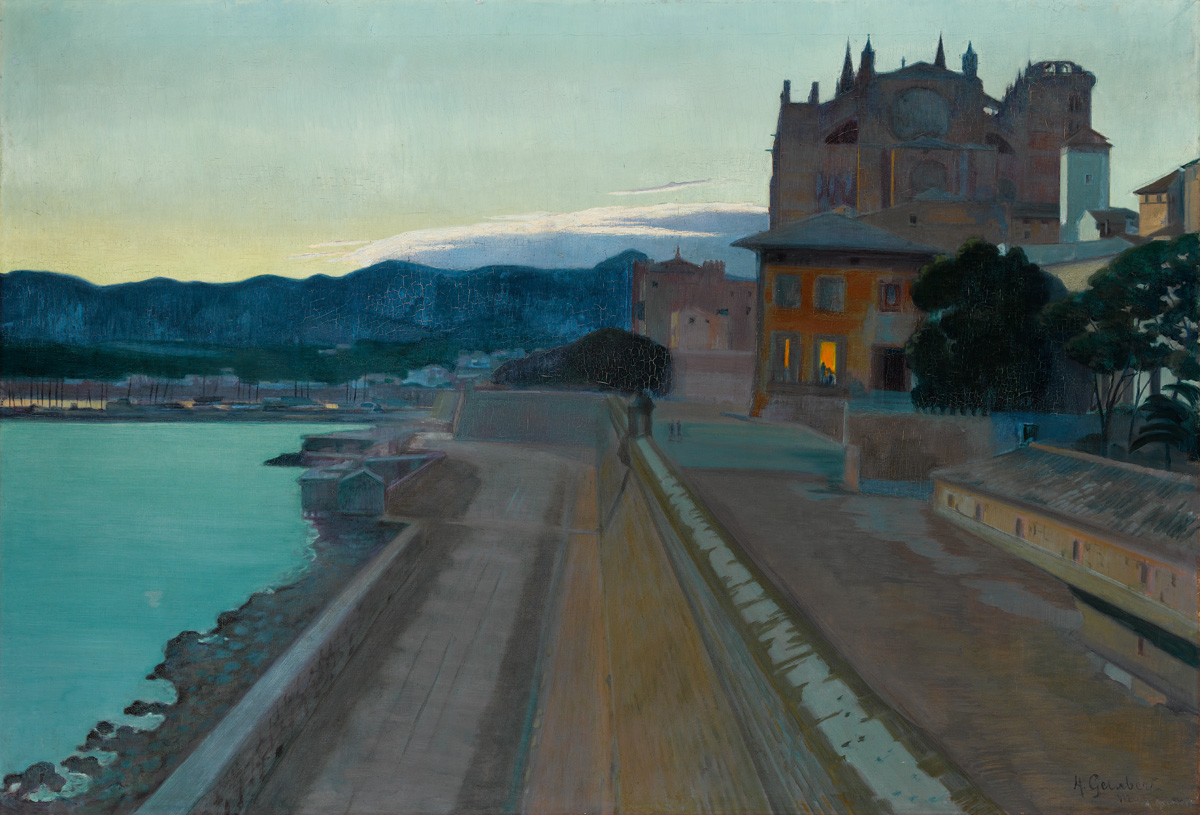 Mallorca and interpretation of the landscape

At the onset of the 19th century, the island of Mallorca became the chosen destination of writers and artists, not only from Spain, but also foreigners. With the consolidation of Romanticism in Europe – characterised by its exaltation of nature and a taste for the exotic – travel books began to emerge containing detailed descriptions of places visited, generally speaking accompanied by illustrations produced by the author him or herself or by others, but always based on the former’s indications. The Balearic Islands, far removed from the phenomenon of the Industrial Revolution and the modernisation it involved on every level, kept their territory practically intact, encouraging an idyllic vision of Mallorca in Europe. This is reflected, for example, by the writer George Sand, who travelled to the island in 1838 with Frédéric Chopin and later published A Winter in Majorca; Archduke Ludwig Salvator of Habsburg-Lorraine and his vast encyclopaedic work, Die Balearen. In Wort und Bild geschildert, published in Leipzig between 1869 and 1891; or Gaston Vuillier in Les îles oubliées. Les Baleares, la Corse et la Sardaigne, a work published in France in 1893.

Within the artistic realm, the Mallorcan context of the 19th century was linked to Romanticism and French Realism, with the portrait, the genre focussing on traditional regional customs, historical painting and landscape as its main genres, the latter defended as a genre in its own right by the Mallorcan painter and academic Joan O’Neille in his Tratado de paisaje (1862). However, in the last years of the 19th century and the first quarter of the 20th century, renowned painters from all over Spain and abroad – mainly Catalonia and Argentina – came to the island, drawn by its nature, and laid the foundations for a renewal of the landscape genre. The different visions these artists had of the genre, thanks to which Modernism and Symbolism were introduced into Mallorca, along with the Mallorcan pictorial tradition linked to Academicism, are gathered together in the temporary exhibition organised by Es Baluard Museu d’Art Modern i Contemporani de Palma, “Mallorca and interpretation of the landscape. Works from Es Baluard’s collection”.

Mallorca, described as the “Golden island” by Rubén Darío (who travelled to Mallorca for the first time in 1906), or “L’illa de la calma” (the island of calm), as defined by Santiago Rusiñol in his well-known work published in 1913, is the star of this selection of 29 paintings from Es Baluard’s permanent collection. Painted between 1872 and 1934, the works selected represent Mallorca’s natural landscape (and in particular the Serra de Tramuntana area – Bunyola, Deià, Valldemossa, Sóller, Pollença…) and the urban environment of the city of Palma de Mallorca, reflecting both of the artistic trends in fashion on the island.