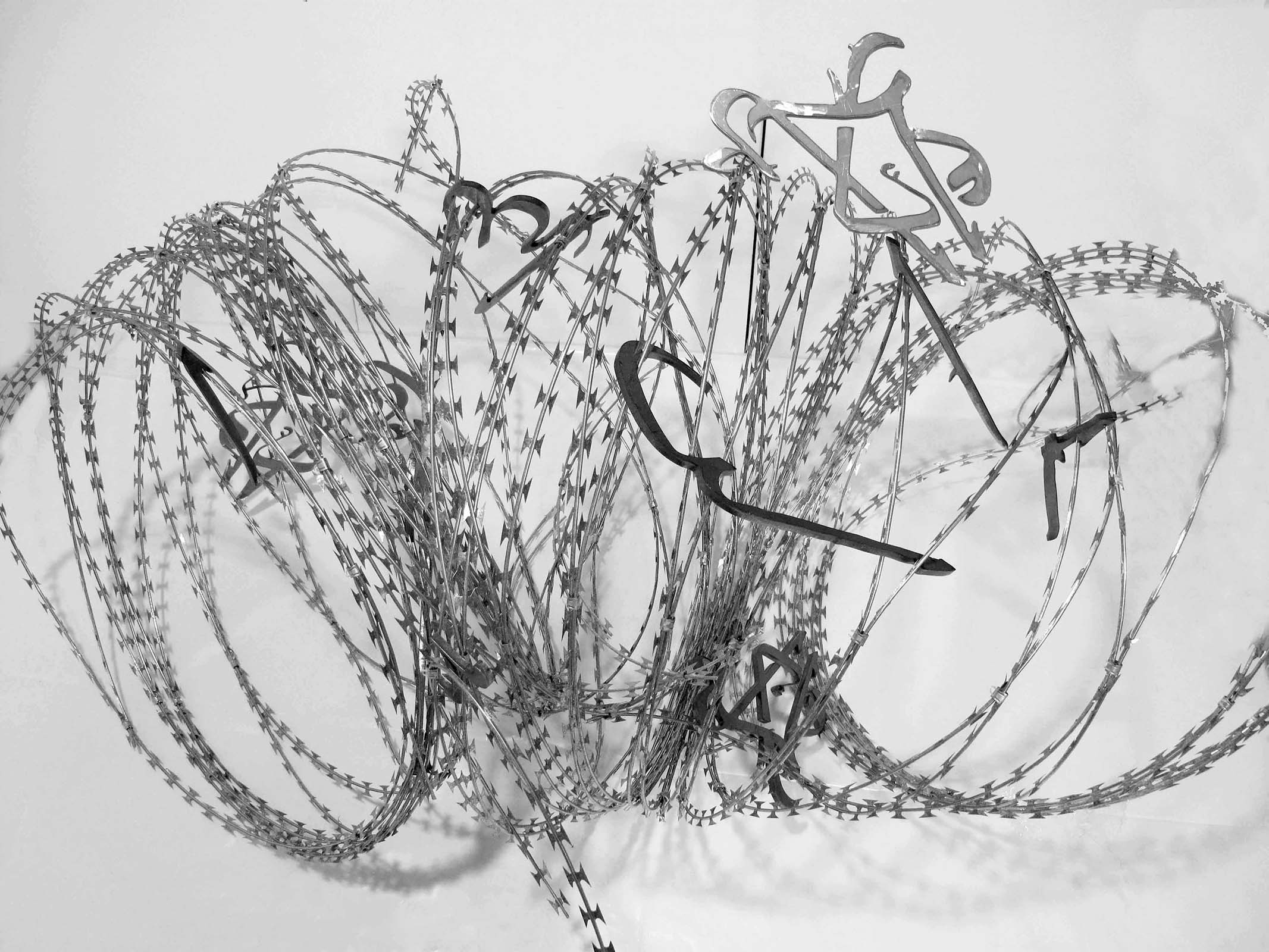 About four centuries ago the wall on which we find ourselves today was erected in Mallorca. Es Baluard Museum has its foundations on it. The year 2020 commemorated the 500th anniversary of the birth of the engineer Giovan Giacomo Paleari Fratino, who designed the Renaissance fortification of the city of Palma. The aim of this exhibition is to open a reflection connecting present and past based on our contemporaneity, to point out how human beings have often devised a series of buildings to ensure their protection. Also, to think about the space we occupy (Baluard de Sant Pere) and how it has been transformed throughout history, reflecting about the evolution of the wall itself and the different uses it has acquired.

When we talk about a wall, we are talking about defensive architecture. Since when do they exist? What uses do they have? Are they in force today? That’s why we articulate a project around architecture, the city, walls and defense, borders, and the need to create confinement and separation devices. Concepts that we have used again this year due to the health emergency caused by COVID19, and have included them again in our everyday language.

The exhibition hosts both fieldwork and research: from the reproduction for the first time of the frescoes of the Conquest of Mallorca in the XIII, in collaboration with the MNAC, to one of of Antoni Muntadas’ latest projects carried out in NYC in 2020. The exhibition will also feature maps of the island of Mallorca from the 16th and 17th centuries, held at the collection of the Archive of the Crown of Aragon, and photographs from the municipal archive Can Bordils, the military archive of Palma. It will also include one of the projects that Mounir Fatmi has carried out around these ideas and the works that the artists Maria Jesús González and Patricia Gómez, did around the old prison of Palma.

The Museum´s Education team has carried out a research project with the aim of recovering part of the oral memory of the Sant Pere borough, in relation to the transformation of both the neighborhood and the uses of the architectural complex by local residents.

Thinking about walls, perhaps, has an epic component but the same thing happens when we think of borders. What do medieval walls have in common with the wall Trump wanted to build? And what does it mean when we assume and recognize that within the urban fabric there are also mental boundaries?

Is it safe to claim that one of its primary functions is to protect? But… Whose protection? Or, of what? Between the Museum and the wall there is also an anti-aircraft shelter in use during the civil war.

At a time when Museums are and must be erected as spaces of encounter and reception, of care and affect, it is necessary to think about which physical and mental structures block the possibility of becoming a community.