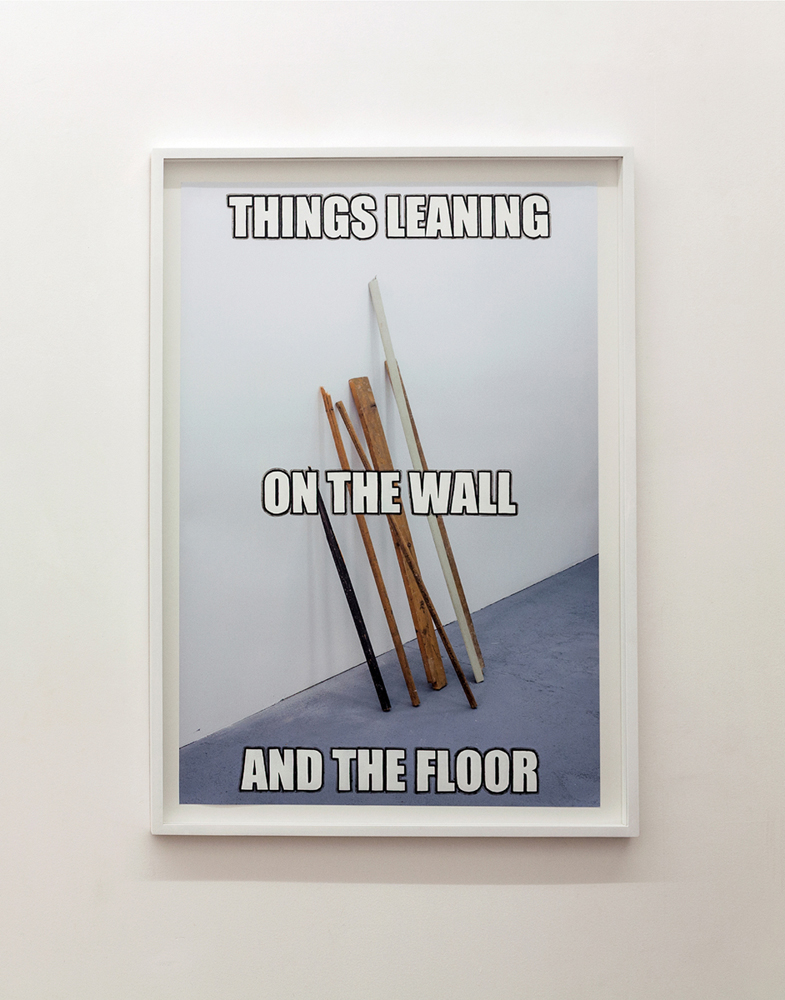 Cristina Garrido, Things leaning on the wall and the floor. «They are these or they may be others» Series, 2014-2015. Pep Escudero Collection. © of the work of art, Cristina Garrido, 2017. Photograph: courtesy of the artist & Galería 3+1 Arte Contemporânea

This is not an exhibition. “Microinjertos (bypass)” [‘Micro-grafts (bypass)’] is presented as an experiment, an infiltration into the museum’s permanent collection. Grafting a plant implies introducing part of another one that has a bud so that this fragment or graft can sprout.

Treating the collection as a static garden (for at least one year, which is how long the changes usually last), I carry out these micro-grafts, through the different halls; in some cases, as a troubling element and in others, reinforcing the discourse. Since this is a tentative proposal, the results may be unexpected, unforeseen, or it may even fail and be totally misunderstood. For two months, this subtle, gestural test will create an itinerary and an experience that is different, through the permanent collection. The lights of all of the museum’s halls will be dimmed, in an effort to prevent the monumental nature of the rooms from intimidating spectators, so as to make them feel more comfortable.

The first of the four rooms, dedicated to the classics and the avant-gardes, where landscapism predominates, is where first Montserrat Soto (Barcelona, 1961) bursts in, with Invasión-Sucesión 19 (2011), a large-format photograph showing an arid landscape that we contemplate through an emergency exit with glass doors, followed by Xim Llompart (Palma, 1983), putting painting aside to penetrate in the world of sculpture, with Nº 120 (figura, paisaje, marina) [(landscape, figure, seascape)], 2017, in which he reduces three frames to shaving, redefining the pictorial/sculptural landscape itself.

In room 2, shared by those two friends, Picasso and Miró, the director of the museum herself, Nekane Aramburu, introduces an infiltration – what she calls study cases, specifically Case 2: Genders and Transgenders, where she “tries to cover a complex period for the focus on the human body, genders and transgenders travelling along a path from surrealist approaches, the new realisms and the naïf to the use of photography in conceptual art as a political instrument, from the ‘sixties to the ‘eighties. To this end, we propose three works by three artists who are apparently diametrically opposed: Isabel Villar, Salvador Dalí and Robert Mapplethorpe”, explains Aramburu. Initially I focus on this, making a meta-infiltration, a gender extremity, introducing an unseen drawing by Ismael Smith (Barcelona, 1886-New York, 1972) showing a naked male human body that forms part of research work performed by the Equipo Palomar collective (Mariokissme and R. Marcos Mota) on this figure, revolving around his personal conflict with his sexual identity. M. Reme Silvestre (Monóvar, 1992) also enters into play, with Son (2015), a digital impression mounted on a chrome towel rail where she presents the (post)human body as an object of study, objectifying and dematerialising it in order to turn the flesh into malleable matter, totally idyllic, unreal and artificial. Modification of the body taken to the paroxysm of branding.

We enter the processes and contemporaneity rooms where the micro-grafts are more diffuse, but accurate. I decide to take the Horóscopo (2003) series of drawings by Antonio Hidalgo Nebot (Son Servera, 1931) out of the museum’s reserves, part of a large donation made by the artist which was relegated to the warehouse and not shown previously, as an act of consideration. They are these or they may be others /Things leaning on the wall and the floor (2014-2015) by Cristina Garrido (Madrid, 1986) reflects on the more contemporary ways of exhibiting, revealing the frontiers between creation proper and exhibition tendencies in today’s art world. In the last room, Tim Noble & Sue Webster (Stroud, 1966 / Leicester, 1967) suggest, through Untitled (Rat and Trap) (2005), the path towards the last part of the room, a residual interspace where Albert Pinya (Palma, 1985) situates Napoli 2008. La inmundicia es riqueza (2010-2017) [Napoli 2008. Filth is wealth], a superlative installation, an art landfill, of his own work.

Is it not amidst the rubble that artists feel most comfortable? 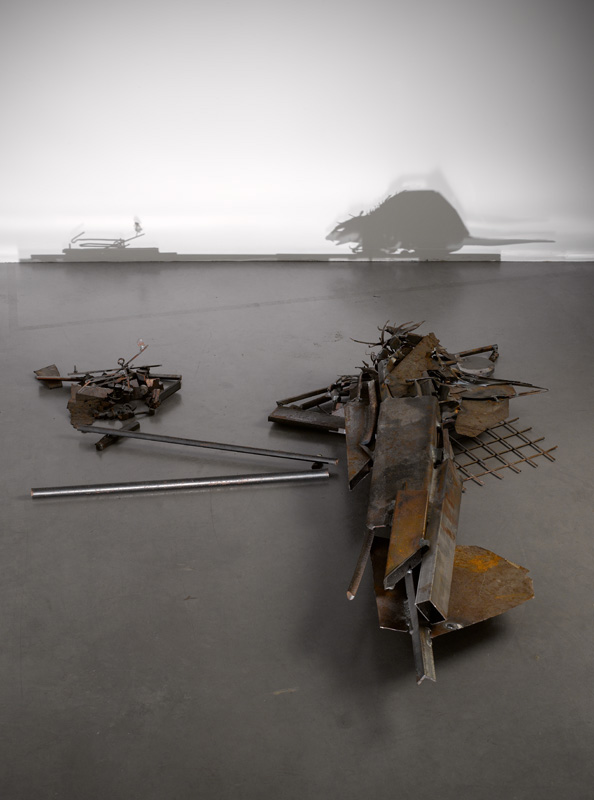