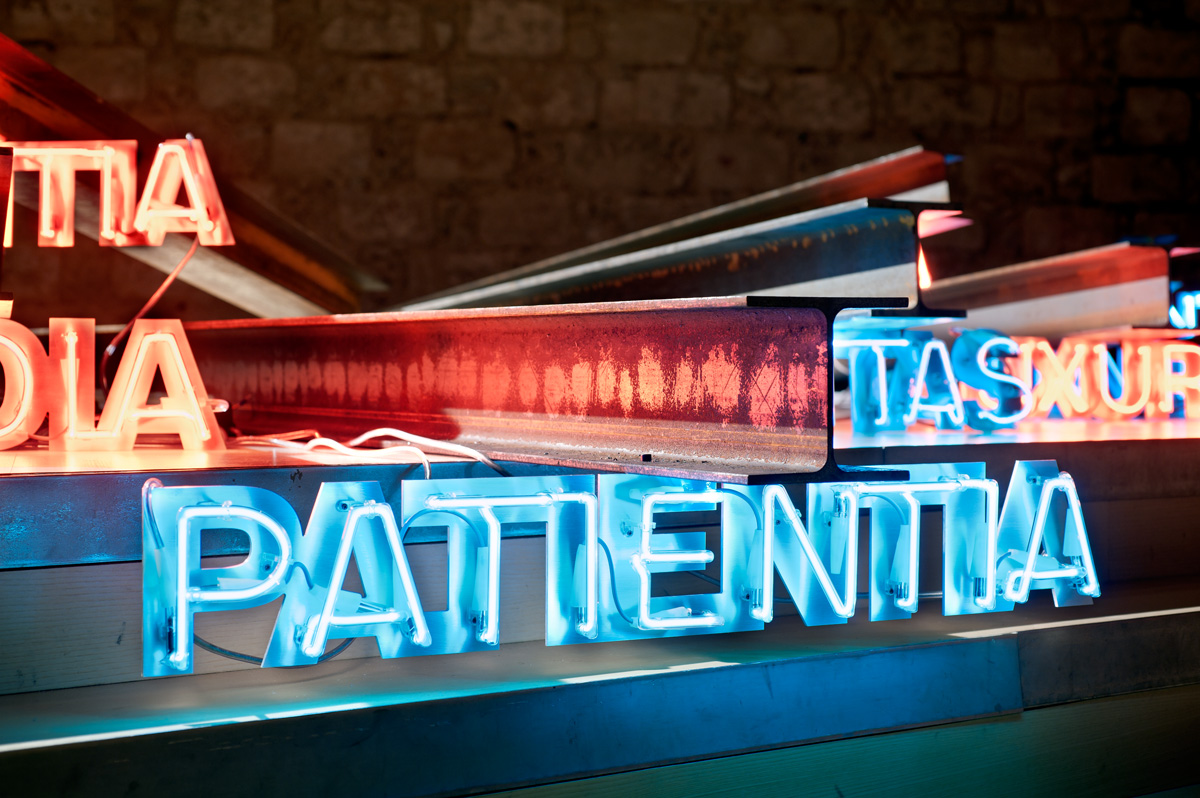 Septem, the installation Pep Llambías (Alaró, Mallorca 1954) has created for the Aljub at Es Baluard Museu d’Art Modern i Contemporani de Palma, invites the spectator to become aware of their own dimension: it places within their reach a succession of mirrors so that they can look at themselves, he places the mirrors opposite each other to offer a chance to look into infinity and, moreover, he makes the observer feel observed in a scene created for them. When all is said and done, the human being is always art and is part of his work.

Septem, despite being an intervention for a specific space, defines the artist, as it contains many of the linguistic codes he has used and uses in his habitual expression. He blends the plastic arts and poetry, analysis and aesthetics. The referential words are also there, in this case those that refer to the capital sins, together with the great virtues. Likewise, all the materials that make up Septem have often been used by the artist and many of them in an identical form: the iron beams, the mirrors, the neon words, and also the projected words, which, in this case, issue from strategic points to occupy, each one of them, the place that corresponds to it. The spectator feels they are in the middle.

Pep Llambías, with the creation of Septem for the Aljub at Es Baluard, only raises doubts. And perhaps he wants to invite us to a place of observation, so that we feel interrogated.