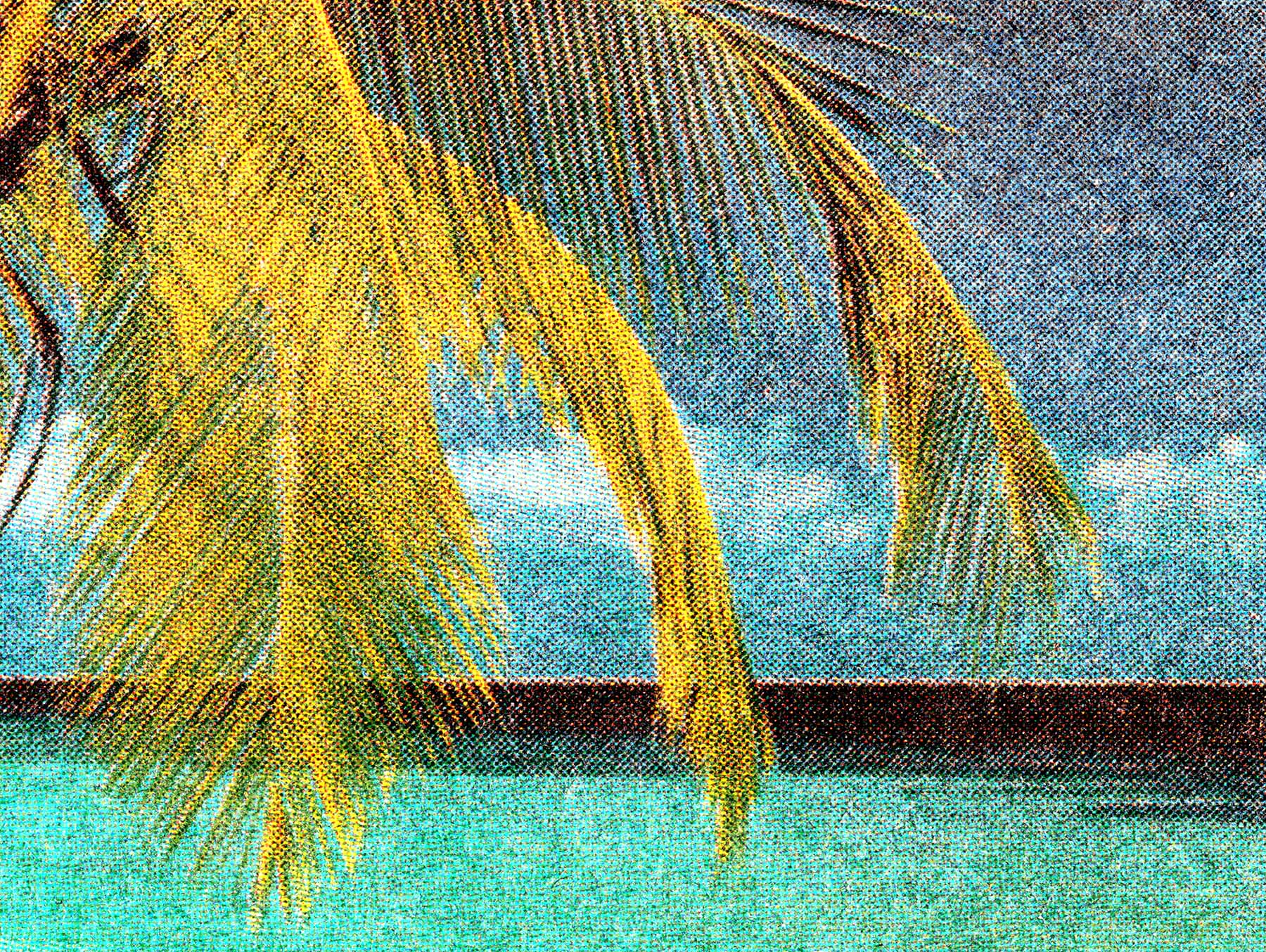 “The Islands” is an exhibition by Rogelio López Cuenca and Elo Vega that explores, from a geopolitical perspective, the power relationships between the North-South axes.

The proposal shifts the reflection on Western colonial exploitation to the more immediate present related to leisure and the so-called tourist model, linking the colonized territories with the territories later touristified under the post-industrial consumerism logics.

This project reveals to the eye its own inability to look at itself. Through different media such as installation, video or collage, it enunciates the way in which such contemporary issues as colonialism, racism, tourism, gender, class and consumption are intertwined in the collective subconscious hiding, through market dynamics, a inequalities history. Thus, it proposes a resignification of exploited spaces, where the idea of ​​the white man of the colonial stage today is disguised as tropical colors and joys.

“The Islands” shows, for the first time, a set of unpublished collages where different representations manufactured by the advertising industry and which land in pop culture through tourist images, typical of advertising codes, promotional posters, photo clippings or movie captures. The hawaiian shirts, a series of mannequins that occupy the hall, are part of the stage also next to a video installation that reflects these colonized landscapes that serve as spaces for tourist exploitation today.

The exhibition is a critical eye to the appropriation of territories, but also at the construction of an otherness that not only maintains its hegemonic position through material elements but also symbolic domination. Finally, the potential of the proposal lies in the sharp question posed by the visitor: Are we able to break down the boundaries that encode our gaze?

Elo Vega (Huelva, Spain, 1967) and Rogelio López Cuenca (Málaga, Spain, 1959) are visual artists and researchers. Doctors in Research in Art and Humanities, their artistic practice focuses on the analysis of the mass media, the construction of identities and cultural criticism; work that they develop using procedures specific to both the visual arts and literature or the social sciences.

Creation and research are inextricably intertwined in his work, in the form of audiovisual productions, exhibitions, publications, interventions in public spaces or works in the network: artistic projects that are at the same time devices of culture criticism and political instrument.