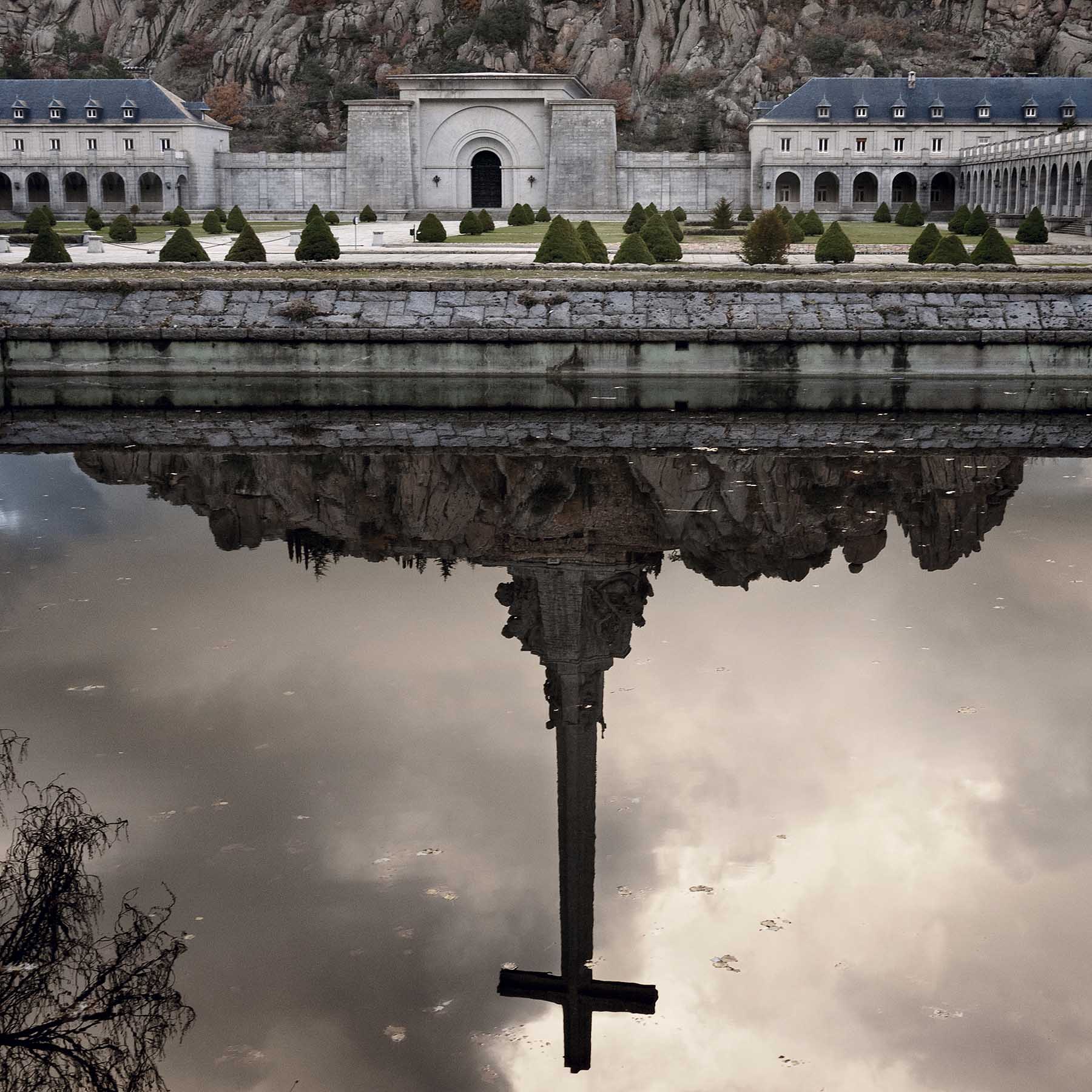 The project “Flowers for Franco” by Toni Amengual reflects on how the social memory of Spain has been shaped by the deliberate oblivion of the most traumatic episode in the country’s modern history. The politics of memory has not taken on the Spanish Civil War and its deplorable repercussions from the standpoint of truth and justice, but from the cold hard fact of relations of force, and, chiefly, from the utility for the present. The Valley of the Fallen (el Valle de los Caídos) is a case in point of that hegemonic discourse that favours stability and consensus over criticality and reparation. Through an unbiased approach to prosaic objects and everyday events at the Francoist monument, the artist reveals the cracks and holes that characterizes the prevailing discourses regarding the relation between history and memory.

From 2011 until 2014, Amengual makes several trips to the mausoleum located at the Valley of Cuelgamuros with the aim of casting light upon the silence that surrounds both the civil war and the subsequent dictatorship in public conversation in Spain. The regard of the artist over the memorial is always impartial and non-partisan and the eye of camera solely depicts what happens on its surrounding context. However, the project does not aspire to describe or represent the monument, but to evoke its the ill-fated atmosphere as well as its aura of fear and death through hints and cues. “Flowers for Franco” makes tangible a reality buried both figuratively and literally.

Over the years, the artist strolls around the Valley of the Fallen in search of different perspective over the most singular elements of its iconography such as the cross and the statues; he also portraits the people that come across during his perambulations such as monks of the Benedictine order, the family of the dictator, tourists as well as men and women nostalgic for the Francoist regime. But the camera not only documents and makes portraits, but also produces metaphors and symbols: a cut down tree, a prickly weed, a cracked stone wall.

The title of the project alludes to a collection of poems by Canadian songwriter Leonard Cohen named Flowers for Hitler. “Flowers for Franco” is the third instalment of a trilogy of photobooks on twentieth-century Spain. The first part of the trilogy, PAIN, was published in 2014, and the second part, Devotos [“devotees”], in 2015. The third book was issued in 2019 and its design recalls a Catholic mass book or missal, hence its gold-stamped red leather covers. The paper of the publication is deliberately thinner than usual so as to, by printing images only on even pages and leaving odd pages intentionally unprinted, show through on the white page the spectre of the next image. As if the only route to come closer to that silenced historical episode is through ghostly pictures, images between existence and absence.

The exhibition at Es Baluard Museu translates the interplay of concealments and revelations performed by the book, an interplay that in turn mirrors the functioning of accounts on historical memory. At first glance, the black walls of the room look empty, there is nothing to see but darkness, but, as the eye acclimates to obscurity, the dark back photographs installed in perpendicular to the gallery walls began to reveal themselves. Only as the spectator moves towards the photographs and traverses the room images surface from the void. In other words, images only become visible after going through and inhabiting the gallery space. The interplay of apparitions and disappearances enacted by the exhibition invites us to give thought to how the politics of memory not only takes place at the level of written or oral narration, but, above all, in the realm of the visible.

He has been awarded with Premi Art Jove de Fotografía de Balears 2005, Descubrimientos PhotoEspaña 2010, the Premio Nuevo Documentalismo de La Fábrica 2013, Premi CREART (2016) or the Premi de Fotografía Contemporània de Mallorca 2018, among others. Also, his book PAIN (2014) was awarded with the Prize of the Best Self-edited Book at PhotoEspaña 2015; Devotos (2015) was awarded with the ArtLibris by Banc de Sabadell; and Flowers for Franco (2019) was selected as one of the best photobooks of 2019 by Time magazine.

His photographs have been published in periodicals including El País, El Periódico, La Vanguardia o EXIT magazine, among many others. 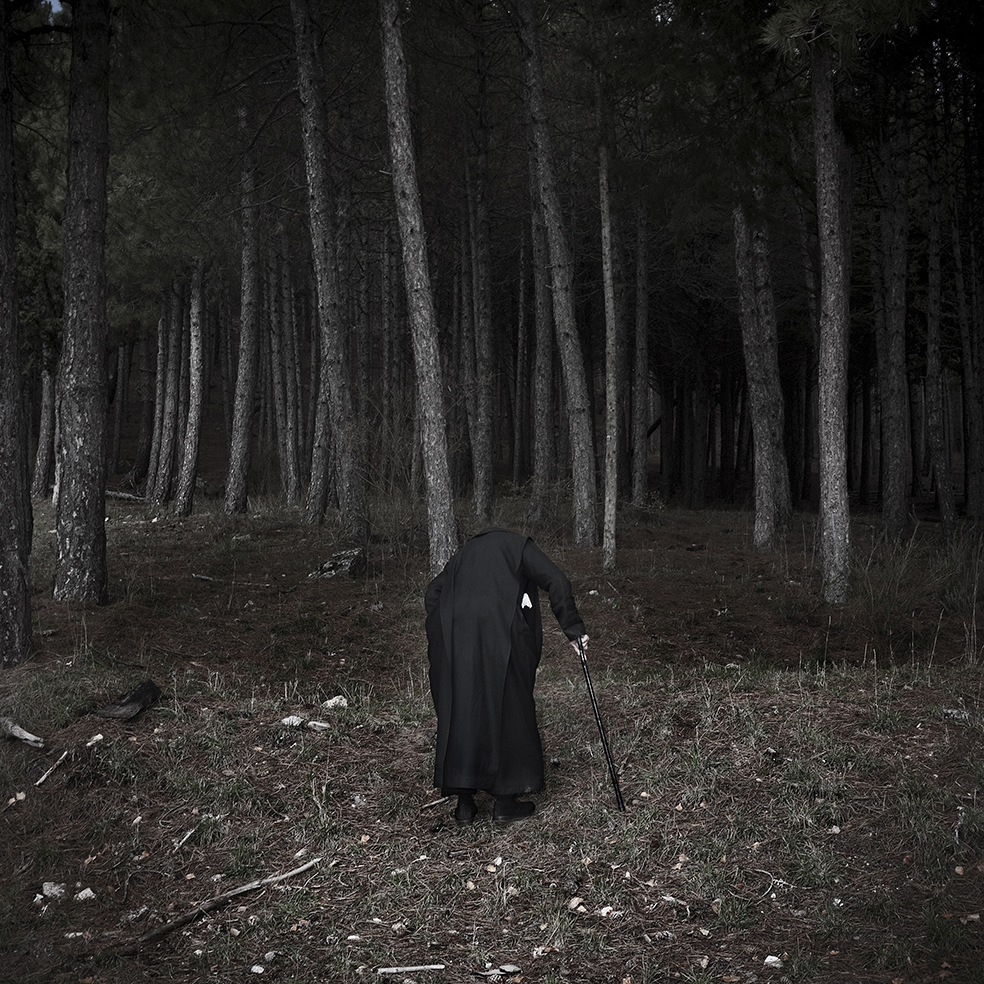 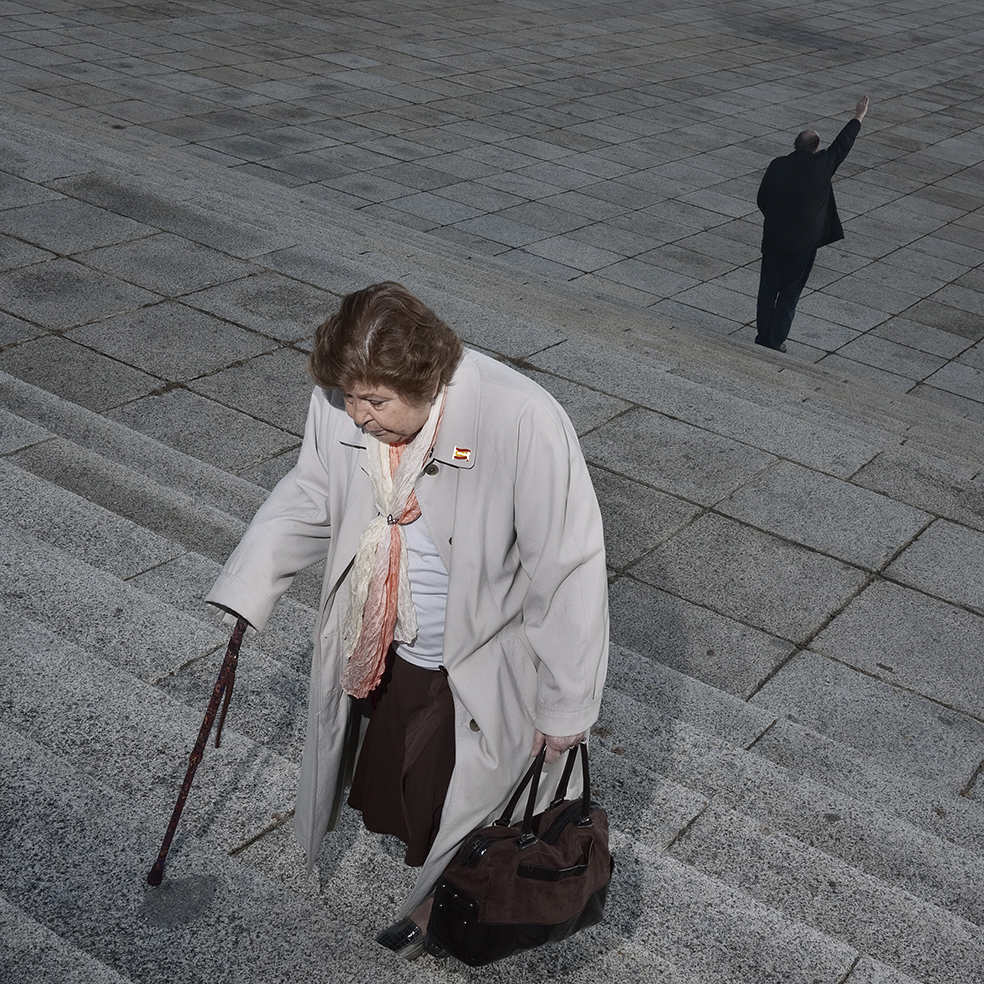 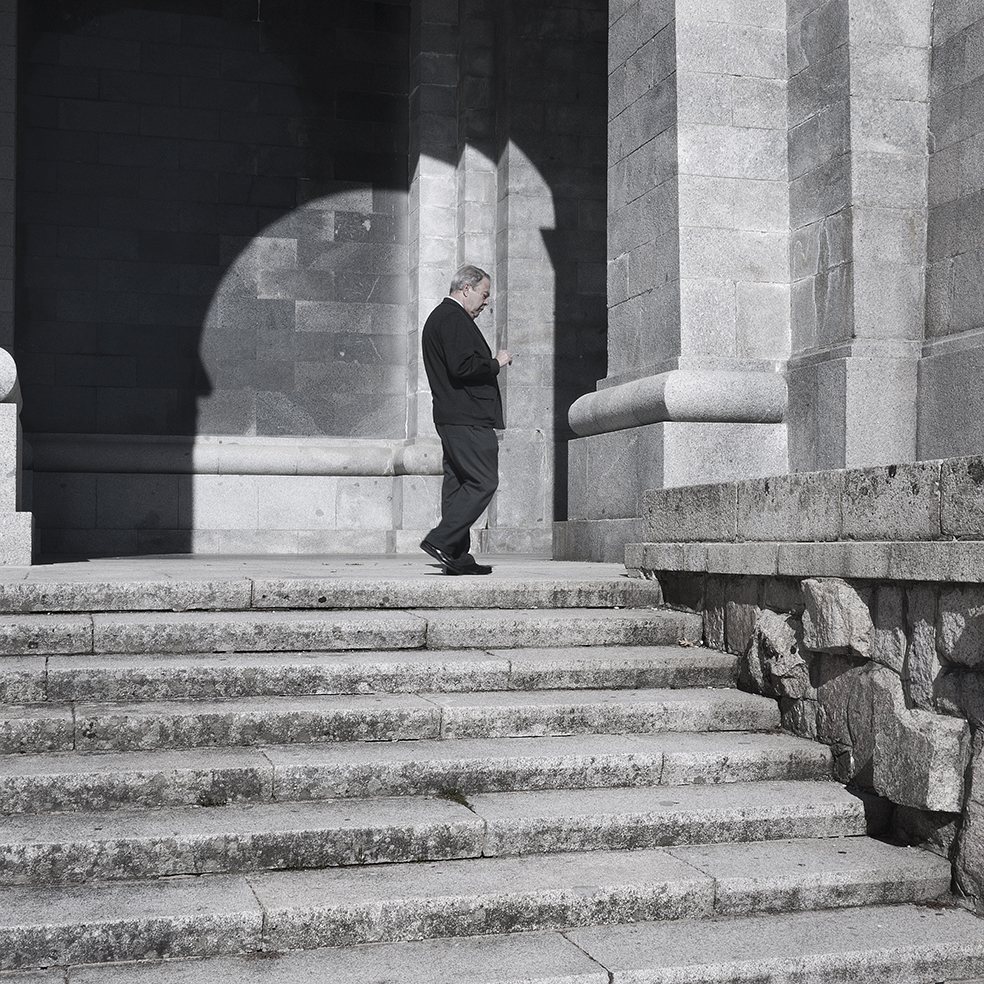 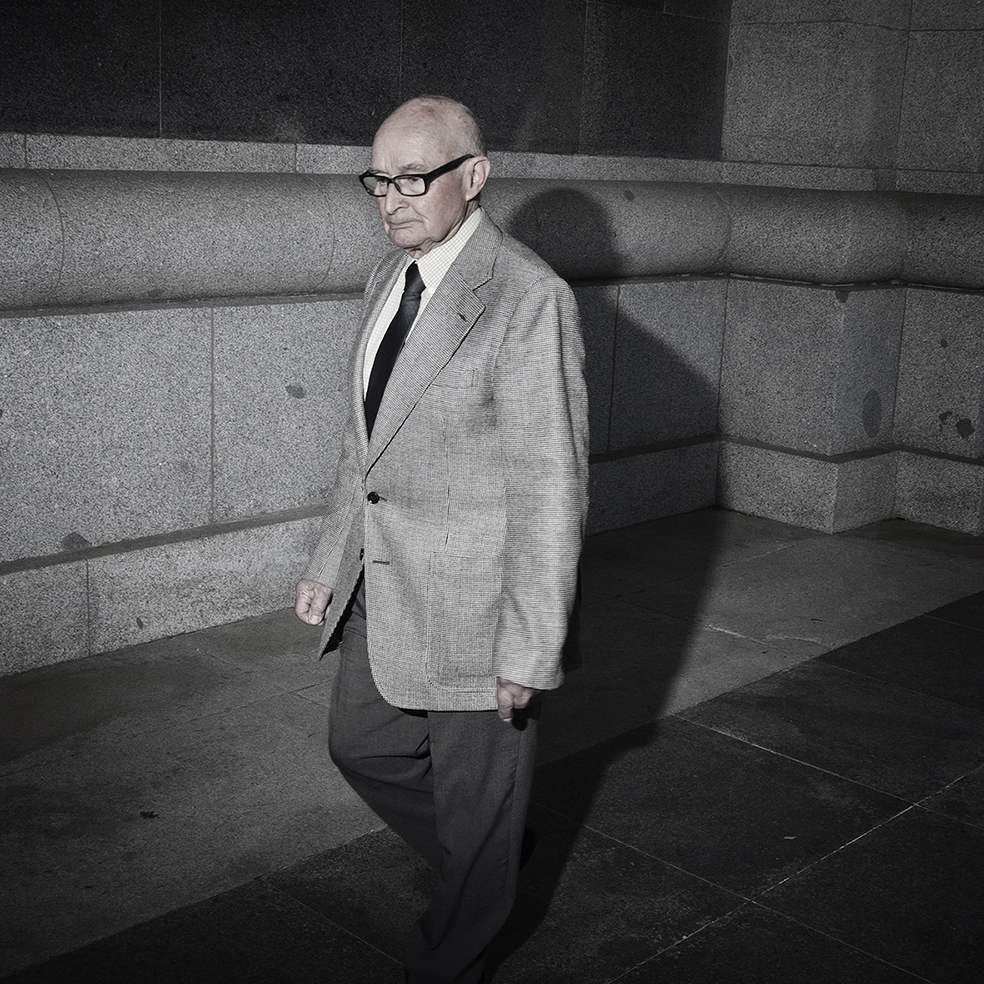 Downloads:
Booklet
Multimedia:
Activities:
Members of Es Baluard
Exclusive guided tour with
Toni Amengual
May 20th, 5.30 pm
Prior registration: marketing01@esbaluard.org
Guided tours
June 8th, 6 pm (Catalan)
By Toni Amengual
Free tour included in the
entrance fee to the Museum
Prior registration: mediacio@esbaluard.org
971 908 209
Visual de-construction of reality
Workshop by Toni Amengual
June 22 and 29, 2021
Activity with prior registration
Looking into the past to understand us in the present
Intergenerational workshop
with Toni Amengual
June 23, 2021
Activity with closed groups
Architecture & Cities: Bring Life Back to its Space
Seminar: Criticism, Urbanism and Communities
July 28 – 29, 2021
Activity with prior registration
Opening hours
Tuesday to Saturday, from 10.00 am to 8.00 pm Sunday, from 10.00 am to 3.00 pm
The tickets office remains open until 30 minutes before the closing time
Closing days
1st January 1st May 25th December Closed every Monday
+info
Current Exhibitions
Albert Pinya and Català Roig.
Combustion Chamber 08.07.2022 → 09.10.2022 María Ruido. The Rules of the Game 17.03.2022 → 04.09.2022 Mal Pelo. Before the Words: Temporary Shelter 11.03.2022 → 30.09.2022 Personae: Masks Against Barbarism 26.11.2021 → 08.01.2023