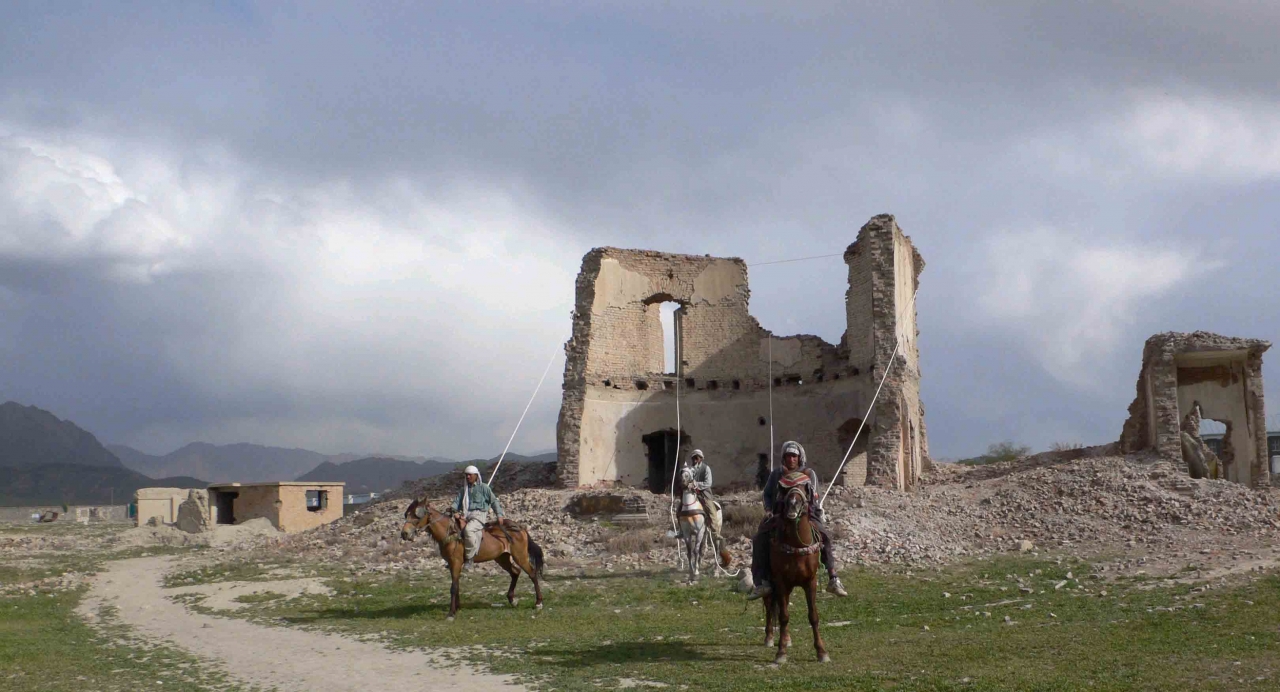 A museum should not only present the aesthetical, or the singularity of pure artistic experience; a museum should promote essay exhibitions which reflect on current reality and its immediate surroundings, situating itself at the crossroads of the problems of a world in conflict, positioned so as to critique and stir up debate on them. The Mediterranean that surrounds us and the countries adjacent to it, with their unresolved crises and contradictions and political and social transformations, form part of a series of programmes and projects that Es Baluard conducts regularly. Using contemporary creation, we propose analysis and reconsideration of latent, unresolved crises, and as such with “Waste Lands”, we use the mechanism of the exhibition to present a narrative linked by Piedad Solans on these close and hidden problems, trenches and wounds we must learn to understand and decipher.

Waste Lands: devastated areas of land. Through the work of ten artists from Afghanistan, Algeria, Azerbaijan, Egypt, United Arab Emirates, Iran, Morocco, Lebanon and Palestine, the exhibition broaches the landscapes and urban, social and archaeological environments of countries destroyed and impoverished by wars, speculation and the predatory voraciousness of the big oil and gas companies, the post-colonial legacy, terrorism and the violence of states and local political and religious conflicts.

The artists who shape the exhibition have different histories and narratives. Through their own memory and that of their peoples, they are familiar with forced migration, war, exile, immigration. Their condition is one of borderlines: they inhabit the frontier between cultures, languages, dispersed worlds. They express the suffering and poverty that ideological terror and the abuse of power produce in the population. Yet they do not consent to being victims. They denounce and document the violence and injustice, the solitude and the exploitation of the vulnerable. And they demonstrate an inexhaustible resistance for survival, even with humour, solidarity and beauty, in an inhospitable medium.