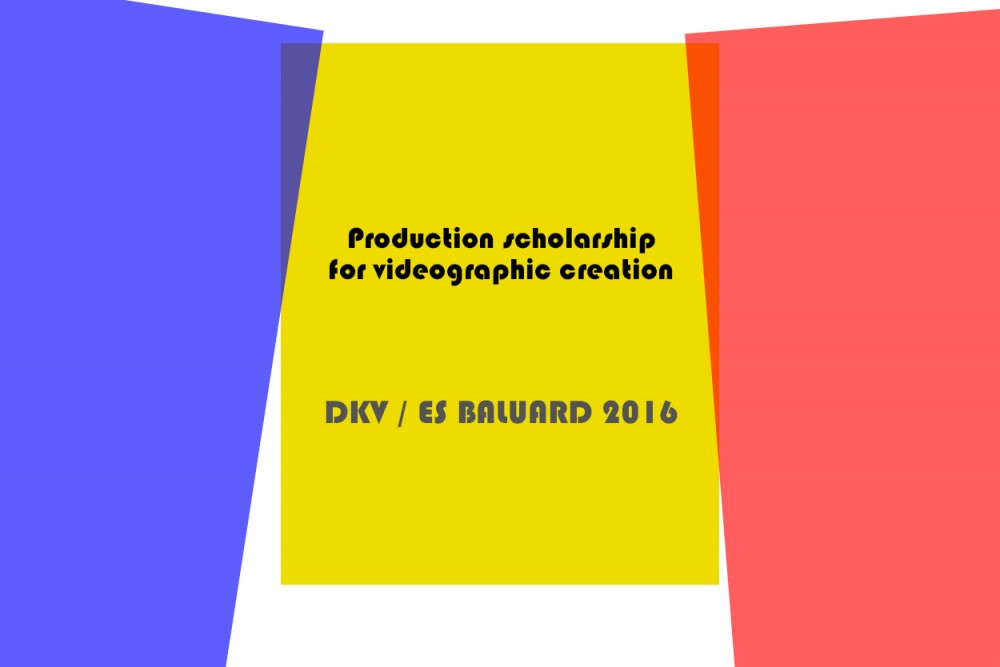 Es Baluard and DKV Seguros call for the third Production Scholarship for videographic creation, which will result in a work to be exhibited in Es Baluard from November 2016. Endowed with 5,000 euros, it's open to specific, original and unpublished projects. Those works that have been previously published or awarded won't be accepted. The deadline for submission of the project is 15th June 2016. It must be sent to the email artistica02@esbaluard.org.

The following are the members of committee review of the Production Scholarship for videographic creation:

Assessors of the Jury:

This is the third year that DKV and Baluard call this scholarship. the artists Elssie Ansareo (Mexico City, 1979) and Alaitz Arenzana (Bilbao, 1976) obtained it to produce the art work (Preposición) La Habitación, shot in 2014 with patients of the Psychiatric Hospital of Zamudio in Bizkaia. In 2015, the scholarship was awarded to Javier Artero (Melilla, 1989), which made Skyline, shot this time at the Hospital de Dénia Marina Salud and focused on the idea of horizontality applied to natural or artificial landscape view. Both of them were screened in Es Baluard in late 2014 and 2015, respectively.