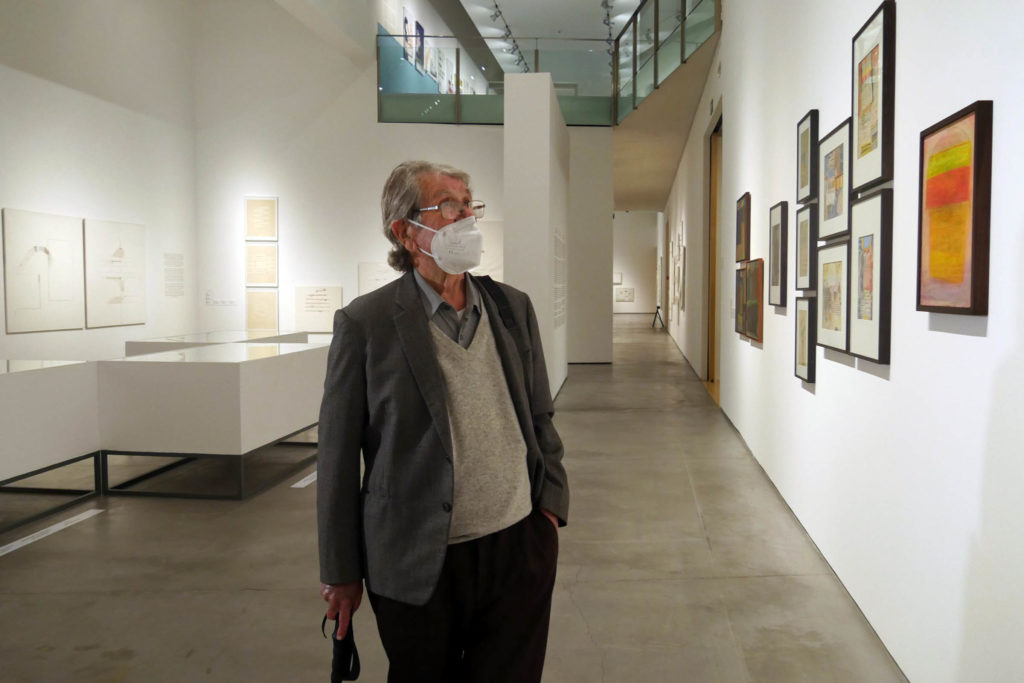 Es Baluard Museu d'Art Contemporani de Palma expresses its condolences for the death of the Ibizan painter Rafael Tur Costa, with whom he opened the exhibition "The Light of the Fragment", co-organized with the Conselleria de Presidència, Cultura i Igualtat of the Govern de les Illes Balears, on 11 December , which can be visited until April 18, 2021.

The Director of Es Baluard Museu, Imma Prieto, was able to chat with the artist's children, who told him that his father had left "happy" and that, in his words, he could not have had better farewell with a great retrospective and, despite the year we have been, surrounded by his friends".

Born in Santa Eulària des Riu (Ibiza, 1927), Tur Costa, an artist present in the Collection of the Es Baluard Museu, studied at the School of Arts and Crafts in Ibiza, though may be considered self-taught. In 1955 he met members of the Berlin Hochschule Für Bildende Künste, a group of German fine arts students, who introduced him to the artistic innovations of the European avant-garde. His creative restlessness led him to become involved with the art circles of Madrid and Barcelona, and he also maintained constant relations with the Ibiza 59 group, formed on the island in 1959.