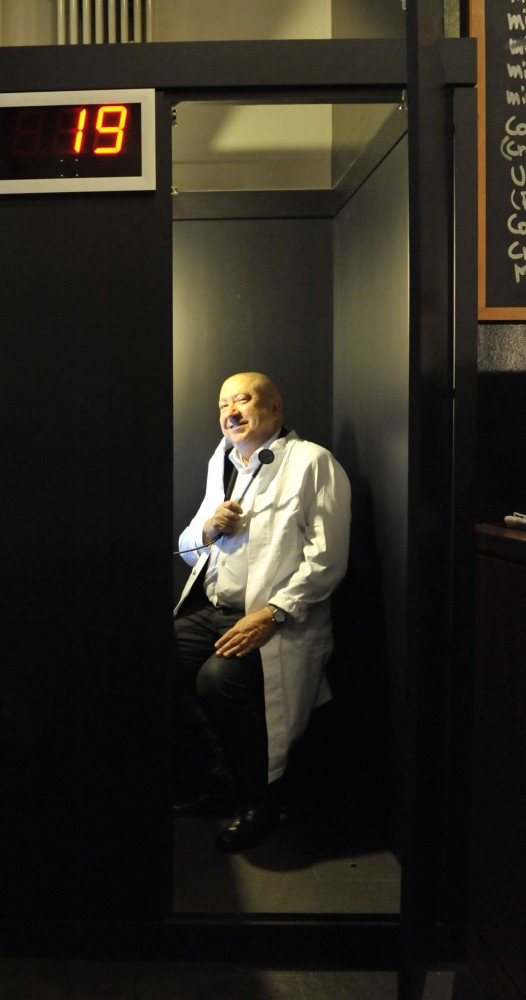 Regarding “Christian Boltanski. Signatures” exhibited in Es Baluard until September 25, the museum features the work-in-progress Les archives du coeur (the heart’s files) by this French artist with the collaboration of Kewenig Gallery. This installation invites the audience to record their heartbeats to be filed and permanent exhibited in Teshima, an uninhabited Japanese island which forms the Benesse Art Site Naoshima. The recordings will be made in a cabine placed in the museum by one of the Es Baluard’s assistants. Furthermore, for 3 euros, the audience can take a CD with the recording with them. By now, they are more than 47.000 hearbeats filed.

Les archives du coeur is connected to Signatures, since the heartbeats have an important role in both of them. At the installation placed in the Aljub (the old watertank turned into an exhibit hall) they can be heard as a rhythmic sequence imitating the hammer blows with which the workers marked the Aljub and the Sant Peter’s bastion during the 17th century. As the artist explained during the Signatures press conference, heartbeats “are the sound of the hammer on the stone and they represent the human beings and their work”. So, the Les archives du Coeur gathering of heartbeats is is a continuation of Boltanski’s career-long examination of the issues of death, memory, disappearance and loss. Collecting proofs of the human life, they become immortalized.

Christian Boltanski
Son of a Cristian mother and Jewish father, Christian Boltanski (Paris, 1944) has focused much of his work in those items which are inseparable from his origins. The Holocaust, memory and death are some of his work's issues, featuring photography, sculpture, film and installations. The artist is now representing France in the Venice Biennale 2011. Among his works, they are the Personnes Project (2010) for the Grand Palais of París and his interventions in Documenta (1972, 1977, 1987) and the Venice Biennale (1980, 1993, 1995, 2011). Among many aknowledges, Christian Boltanski has received the Kaiser Ring (2001), the Praemium Imperiale de of the Japan Art Association (2007), and the “Créateurs sans frontiers” prize of visual arts (2007).

Further information on the installation Signatures