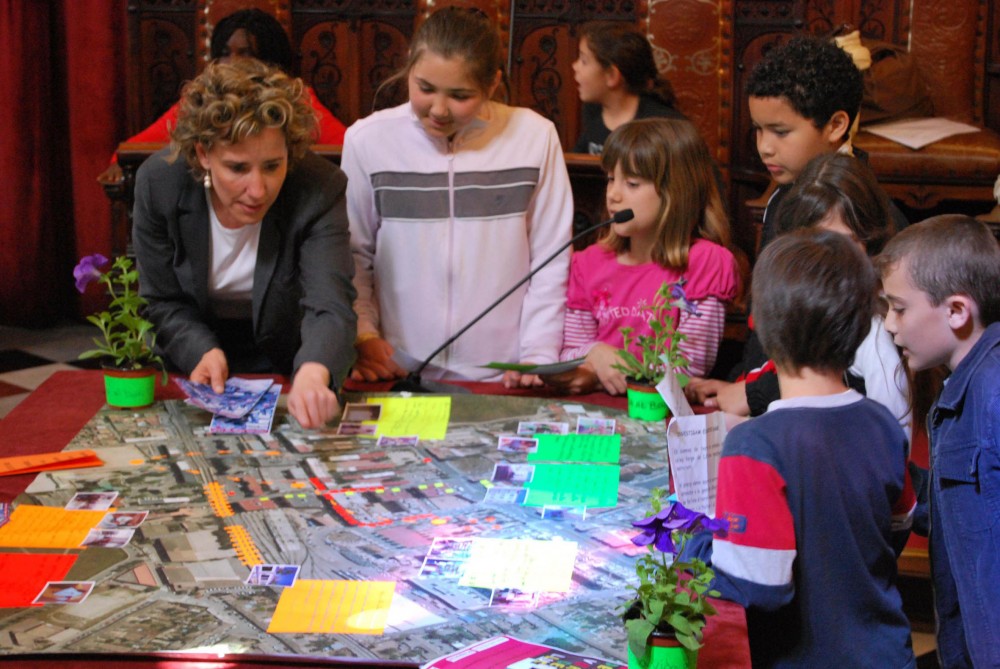 Twenty elementary students of Public School Verge de Lluc have give to the Mayor of Palma, Aina Calvo, the final work of "Cartografiem-nos", which have developed along the entire course under the coordination of the Es Baluard's Educational Area. Also during the event, which took place in the Plenary Hall, the students have invited the mayor to attend on 21 May at the opening of the exhibition of the work, entitled "We discover Verge de Lluc" and which will be from 21 to 25 May at Centre de Dia Reina Sofia and at Es Baluard from 15 to 20 June.

Throughout the entire course and with the Es Baluard's Educational Area team, students of CP Verge de Lluc have learned to use the tools of contemporary art to develop their research work. Distributed by classes, children have looked at their surroundings from elements such as the past of the neighborhood. They have also taken into account, inter alia, the point of view of older people and newcomers.

Unlike the other activities undertaken by the Es Baluard's Educational Area, "Cartografiem-nos" is a long-term project that fosters among students reflect on the territory from the tools provided in contemporary art. Through visits to the museum, exploring the neighborhood and the sessions in the school with the Es Baluard's Educational Area team, the students develope an educational project that reflects on the neighborhood where the school is located.

In total, six schools have participated in this project since its birth in 2006. CP Es Galatzó (Es Capdellà), Es Temple (Palma), Lycée Français (Palma) and CP The Soledat (Palma), in addition to CP Verge de Lluc CP (Palma) and CP Sa Graduada (Palma), the two schools that have featured during this course. Unlike previous editions, in this course have been all the students of the school who have completed the project and not just the third cycle, as in previous years.