THE ES BALUARD’S PATRONAGE APPROVES THE ACCOUNTS FOR 2009 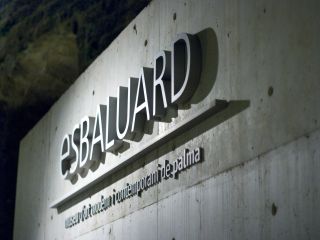 THE ES BALUARD'S PATRONAGE APPROVES THE ACCOUNTS FOR 2009

The Patronage of the Es Baluard Museu d'Art Modern i Contemporani de Palma approved today the accounts for the year 2009, during which had a budget of 4,864,945 euros. The institutional contribution was 1.09725 million euros per institution (Govern, Consell de Mallorca and Palma City Council). In addition, during 2009 was generated positive surplus 218,472 euros, which, according to Cristina Ros, the Baluard's director, "are the product of the will of self-financing to cover short-term needs."

Also, during the meeting, which took place in the Es Baluard's auditorium, were mentioned the activities of the museum in 2009, a year during which Es Baluard registered 325,239 visitors and, according to educational activities, 11,972 visitors. During the past year were made also eight exhibitions ("Anselm Kiefer. Works from the Grothe Collection," "Powerfood", "Robert Mapplethorpe", "Ilya & Emilia Kabakov. Under the snow", "Juli Ramis visits. .. "," Joan Cortes. Memory of water"," Crossed Landscapes. Viwes of Es Baluard's collection" and "Joana Vasconcelos. Garden of Eden # 2"), 8 publications were published and were acquired 40 art pieces. In addition, were carried out collaborations with 13 museums, art centers, both for the production of exhibitions and the organization of activities: MKM Diusburg, Artium Vitoria, Robert Mapplethorpe Foundation, TR3 Slovenia National Gallery Building, Thadaus Ropac Gallery, CAC Malaga, Temple Museum, Museum of Dortmund, Panera in Lleida, Huesca CDAN, CIFO Miami, Bonn Museum and Museum of Los Angeles.