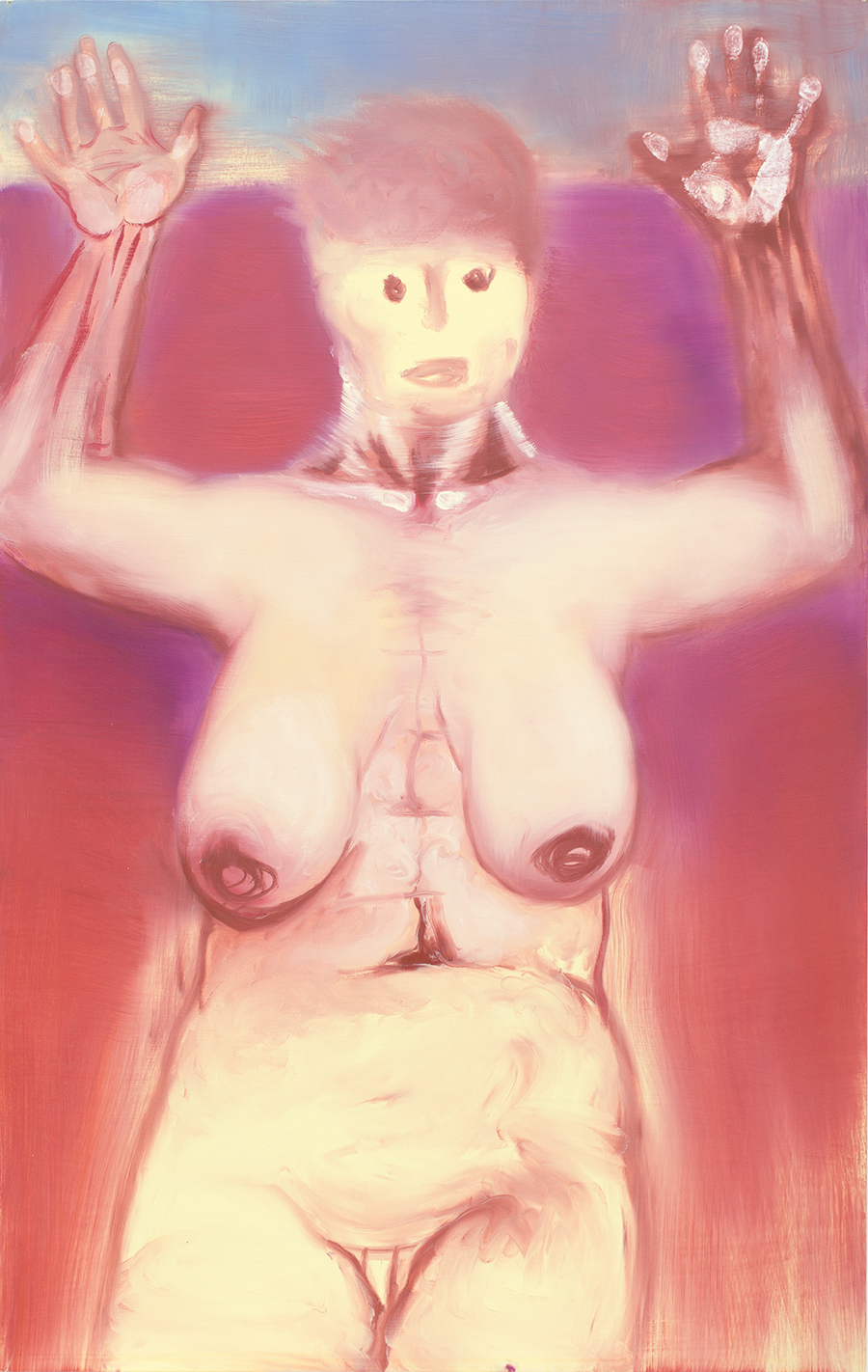 This work is a medium-format oil painting on wood in which Miriam Cahn sets forth a subjective realism based on the reinterpretation of the feminine figure, eliminating any sign of identity. The artist alerts us to an apparently dangerous situation, a composition she has already dealt with in previous works. Her hands, as she herself defines it, are “her thought instrument”.

Miriam Cahn is a multidisciplinary creator who deals with human nature, the meaning of being a woman and the sense of self-determination. The body is the motif she repeatedly works on, approaching it on the basis of its material and physical condition, and researching the different meanings associated to it: abjection, vulnerability and ignorance appear in her work recurrently. These themes, along with complex socio-political concerns, are confronted figuratively by the artist, although in her oeuvre we find intensely Expressionist overtones. In this creator’s career, we can moreover find landscape compositions and powerful references against the wars of Sarajevo, Iraq or Syria. Cahn’s work produced in the 1970s and ‘80s is characterised by large-format drawings which lead her to work directly on the ground, avoiding any mediating distance between the technique and the theme; gestural work which acquires a performative dimension. In the ’90s, we find a predominance of oil painting, works in which colour becomes the most prominent element in the visual vocabulary of the artist, who is influenced by images that come from advertising and the mass communications media. Cahn frequently uses red to highlight genitals and denote questions relating to sexuality and fertility. Characteristics of her creative process, including fingerprints and other marks, are often visible in her pieces, connecting the resulting image to the performative gesture.

Artist biography
Cahn lives and works in Stampa (Switzerland). She is one of the principal representatives of contemporary Swiss painting and a pioneer of the feminist movement in the 1970s; a demand made via drawings, Super 8 films, performances, photography, painting and, later on, writing. From 1968 to 1975 she studied engraving at the Kunstgewerbeschule, now the Schule für Gestaltung, in her native town. In 1982 she was invited to participate in the Documenta 7, in Kassel, but withdrew her work after disagreeing with the curatorial intervention. In spite of her outsider attitudes, the artist has been awarded the Käthe Kollwitz Prize (1998) and the Prix Meret Oppenheim (2005). I.A. 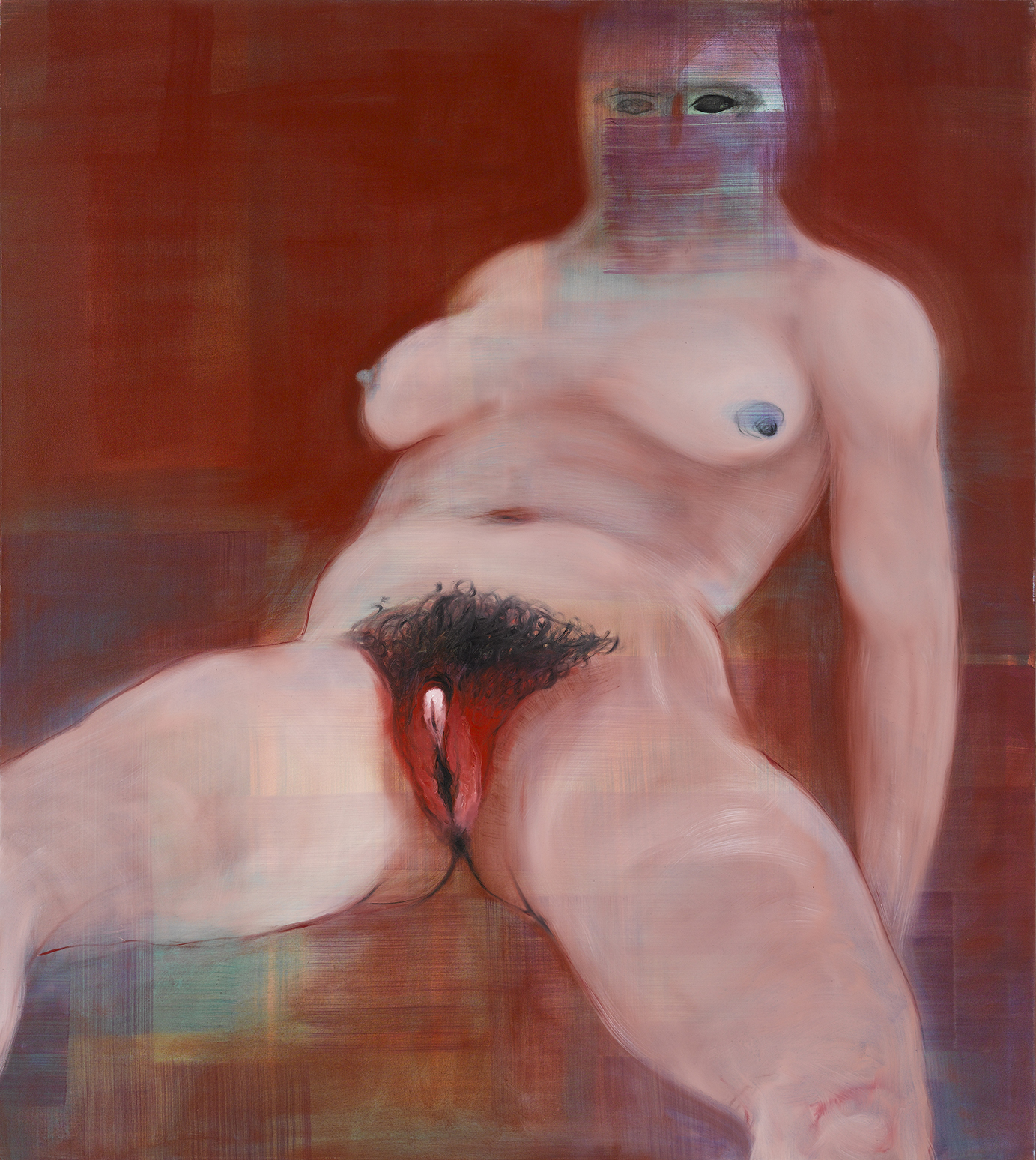