Artist biography
Founding member of the NOOR photography agency, created in Amsterdam in 2007 and comprised of ten photographers from seven different countries, Pep Bonet’s work belongs to the category of photojournalism. After arriving in the Dutch capital in 1997, he decided to devote himself to photography. Countries like Somalia, Cuba, Vietnam, Thailand, Honduras… and in particular Africa, have all been the subject of his camera since the early days of his career. In 2006 he moved his studio from Amsterdam to Mallorca, where he has resided ever since. His works are projects conceived for the long term which explore the difficulties of the African continent (“Children of the Shadows”, 2012, on the life of children who inhabit buildings in the suburbs of Johannesburg), diseases like HIV/AIDS (reflected in his book “POSITHIV +”, 2005), the scarcity of food in the rural medium (“Food Justice”, Bolivia and Tanzania, 2011-2012), political activism in favour of transsexuals in Brazil (“All imperfect things”, 2012), or women and microloan programmes (Peru, Guatemala, Morocco, Burkina Faso and the Philippines, 2011 and 2012), among others. His close collaboration with different NGOs and his work through the NOOR agency have served to record these testimonies over recent years, helping to publicise the needs of the most neglected sectors of population and rescuing them from oblivion. Bonet has also dealt with other subjects, as in the series devoted to the rock and roll band Motörhead, a group he accompanied on the road between 2008 and 2010, an experience he records in the book “Röadkill-Motörhead”, published in 2012. The influence and association of his work classics such as Henri Cartier-Bresson, Bruce Gilden or the Dutch photographer Ed van der Elsken is unavoidable; on a technical level, Bonet does not restrict himself and uses both the digital and the analogue camera, experiments with different formats and uses both black and white and colour photography. With no preconceived ideas, Bonet arrives in a place to discover, discover the people and their story and learn through his camera. He himself defines his photography as “emotive”, he is interested in experiencing emotions with people – people who have a face and a name – so as to be able tell of them afterwards. One of his most remarkable recent projects is the short film Into the shadows (2012) with Bonet as director, film maker and photographer, musician José Bautista and Line Hadsbjerg as scriptwriter. Awarded First Prize in the World Press Photo Online Short 2013, this film forms part of the collective project “Urban Survivors, into the Slums”, the fruit of the collaboration of Noor Images with Médecins Sans Frontières in order to carry out a campaign to raise awareness on the consequences of the growth in the world’s population. Into the Shadows tells of the life of Africans who, in their quest for a better future, come to Johannesburg, often risking their lives, and when they arrive are plunged into a state of uncertainty, discrimination and violence and have absolutely no opportunities. His work has been the subject of numerous exhibitions and monographic publications, and he has consolidated himself as one of the most outstanding international photographers, as is demonstrated by the following awards: Kodak Young Photographer (2003), Best Photographer of the Year 2004 (Luchetta Foundation, Trieste), W. Eugene Smith Humanistic Grant in Photography (2005), 2nd Prize World Press Photo in the Sports category for the “One Goal” series (2007), 2nd Prize World Press Photo (2009), Gold Medal of Honour, Consell de Mallorca (2012) and First Prize World Press Photo Online Short 2013, among others. E.B. 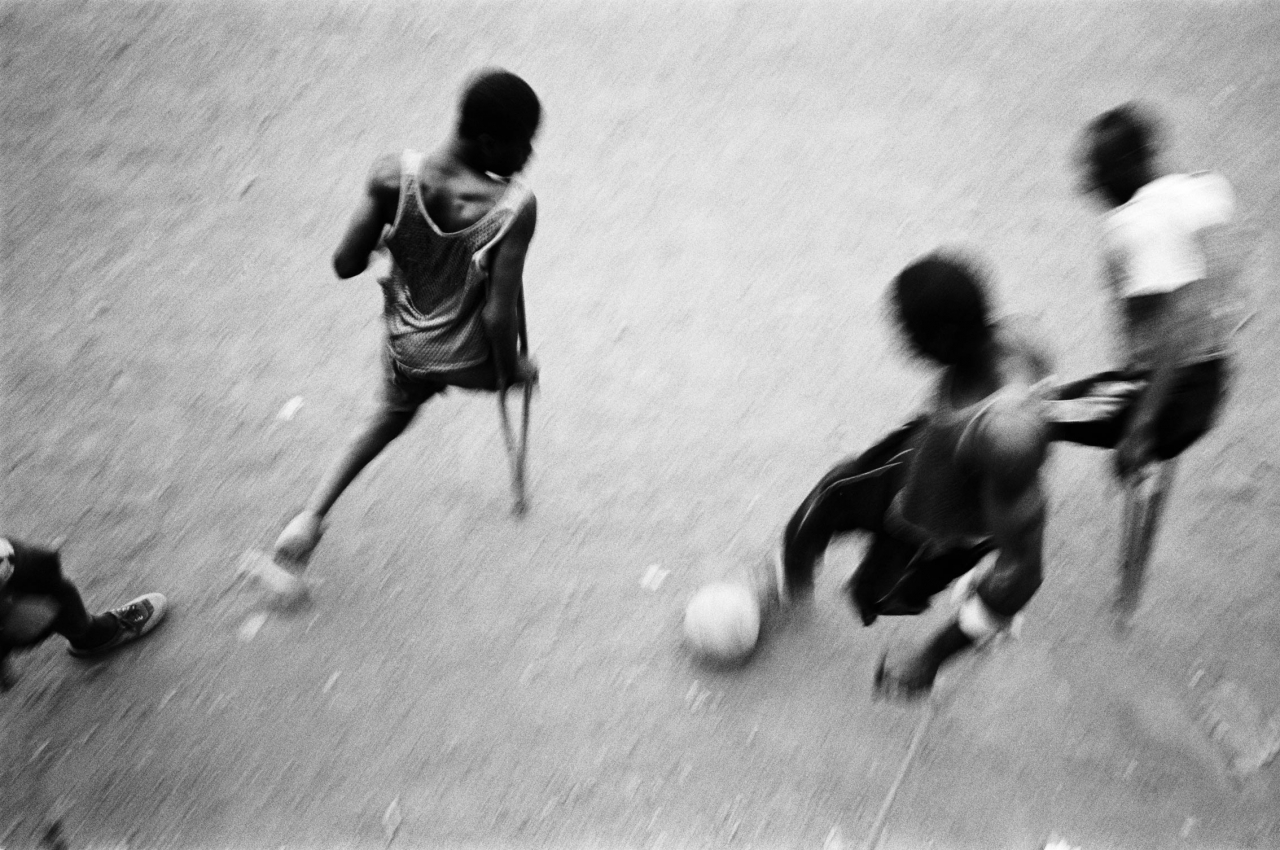