Fervor -commissioned by the Wexner Center through its residency programme– completes the film trilogy initiated with Turbulent in 1998, followed by Rapture in 1999. Her incursion into film began in 1997, however, she continues to use the fixed image, as is reflected by the work from the Es Baluard Collection, a large-format triptych that includes a fragment of the beginning of the video installation.

Sexuality and desire, taboo subjects in Islamic societies – especially in the public space – converge in this narrative shot in Marrakech, Morocco, one of the places Neshat films in to recreate Iran.

In the three images, Neshat sets forth a more intimate vision of the divergence between genders; the scene is not played out by two groups this time, but by one man and one woman, the individual – thus reminding one of the negation of individuality in contemporary Iranian society. The two meet by chance in an open, solitary setting, on a crossroads where they halt for a moment and exchange a brief glance as they continue along their path, each one alone. Subtle attraction, in which no contact other than visual is made, is not permitted in Iranian society either, subjected as it is to religious and social control. The triptych ends with the image of the action of the male character, who stops and turns round to follow her with his gaze, another reference to the submissive, passive role of the woman in Islamic society.

Artist biography
Of Iranian origin, Shirin Neshat currently lives and works in New York. In 1974, at the age of 17, she left her native country and moved to the United States, where she studied Fine Arts at the University of California, Berkeley. In 1990, Neshat returned to Iran to find a country totally transformed by the Islamic Revolution, something which had a profound effect on her not only on a personal level, but also as an artist. Through her work she deals with universal questions like memory or loss, and at the same time reflects on the position of women in Islamic society and the control of the political power to which today’s society is subjected. Firstly photography, and shortly afterwards video and film, are the media through which she analyses the duality of the past and the present, of East and West, of man and woman, from an atemporal, universal viewpoint. Her photographs, taken in black and white, capture specific fragments of the female body, such as the face, hands or feet, the only ones that can be shown in public under Islamic law. On them she places references by Iranian writers and poets and religious quotations in Farsi, alongside elements alien to women such as weapons, turning them into metaphors for the search for freedom and rebellion in the face of the oppression of the female gender. Her incursion into cinema took place from the year 1997 on, when she made her first film; thanks to the resources the film media places at her disposal, Neshat strengthens the narrative factor even more and deals in-depth with the divergences between genders and differences between cultures, as is reflected in her videoinstallation Fervor (2000). Neshat has exhibited in the Tate (London, 1998), the Whitney Museum of American Art (New York,1998), the Serpentine Gallery (London, 2000), the Irish Museum of Modern Art (Dublin, 2001), the Museo de Arte Moderno (Mexico City, 2003), the Museo de Arte Contemporáneo de Castilla y León (Leon, 2005), the Stedelijk Museum Amsterdam (2006) and Fundació Telefónica (Madrid, 2013), among others. Also remarkable was her participation in the Documenta XI (2002), the 48th Venice Biennial (1999) and the Whitney Biennial in New York (2000). Her work is present in the collections of centres and institutions such as the Tate (London), the Musée national d’art moderne, Centre Pompidou (Paris), the Solomon R. Guggenheim Museum (New York), the Museo de Arte Contemporáneo de Castilla y León (Leon), the Fundación Telefónica (Madrid) and the Museo Nacional Centro de Arte Reina Sofía (Madrid). She won the Premio Internazionale of La Biennale di Venezia (Leone d’Oro) in 1999, the Hiroshima Museum of Contemporary Art Peace Award (2004), the Lilian Gish Prize (2006) and the Leone d’Argento for best direction at the 2009 Mostra di Venezia for her film Women without men. E.B. 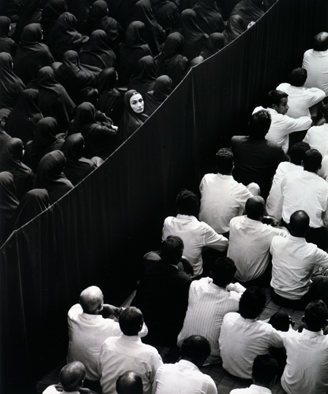