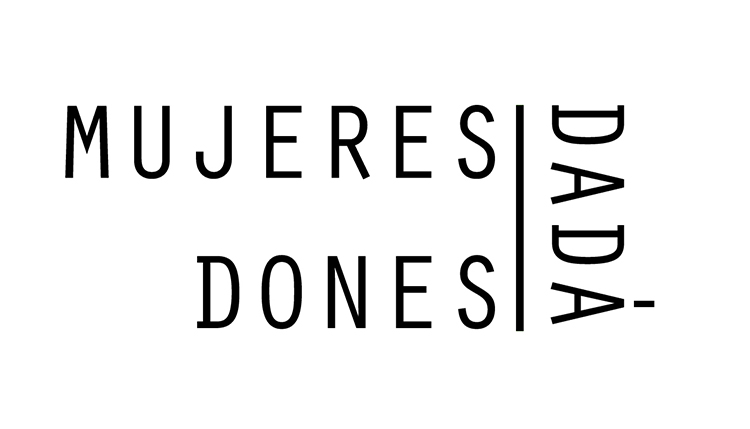 The histories of art are constructed from the tributaries of the great History of hierarchical art, backbone and imperative, but also the apocryphal stories can obviate the official tributaries to propose parallel readings, cross-sectional or analysis of gaps and cases that require a critical review from unpublished, procedural and participatory perspectives. With “Dones Dadà (Dada Women)” the museum wants to open an open proposal based on the interdisciplinary discourses and criteria in order to bring to the present the work developed by certain women who have opened a gap in artistic and thought practices, a line that is linked to the Genre and Transgender program of Es Baluard.

In 2014, we developed the residence of the Slam Tribu project “Beat attitude”, focused on the forgotten poets of the Beat Generation, in the Observatori space of the museum. Later in 2015, we embarked on a structured project based on known data on Dada women as part of the Es Baluard gender studies group.

The women who were investigated did not get to the forefront of history but were characterized by maintaining a rupturist attitude with the fixed rules and against the system, expressed both in the creation and in the search for forms of life far from conventionalisms.

In 2016, coinciding with 100 years of Dadaism, we regenerated a first archive that would allow us to document, investigate and learn about the work of women linked in one way or another to this movement, producing some commissioned texts that would lead to new readings on some of them. From an open perspective of what an anti-canon Dadaist attitude may be, there were Dada women: Elsa von Freytag-Loringhoven, Angelika Hoerle, Anaïs Nin, Emmy Hennings, Florine Stettheiner, Mina Loy, Sophie Tauber, Suzanne Duchamp, Hannah Hoch and Marie Laurencin, about whom we started to publish small essays that can be consulted on the Es Baluard website.

The collaborators of these texts were Magda Albis and Pilar Rubí, Anna Maria Guasch, David G. Torres, María Virginia Jaua, Sebastià Mascaró, Aleli Mirelman, Marisol Salanova, Georgina Sas, Rocío de la Villa and myself. Each of the authors chose on their own initiative whom they considered. To all this we add a graphic review of Pere Sousa Dada Damen – 100 Jahre Daday and a special intervention by Joan Casellas from Baroness Elsa von Freytag-Loringhoven.

In parallel, in order to generate an open debate based on visualization meetings we call “Salons” we organize a public “situation” in the Observatori and the presentation in several phases of the project as “Case Study” in different places of the museum from of a mobile device that served as a documentation space.

Now, in 2017, with Semíramis González and Susana Blas’ research, we are entering a new stage of the project, reviewing the situation in Spain. Being aware of the difficulty of delimiting under this denomination parallel but not circumscribed attitudes to this movement, a chronological delay (in Europe it is limited from 1913 to 1920 while in our territory we speak more of an intense period between 1920 to 1939) and one each time greater influence of the interdisciplinary and the political linked to the outbreak of the Civil War.

Collectives such as Las Sinsombrero, Lyceum Club Femenino or Las Roesset, particular cases in the line of Matilde Calvo Rodero, Victorina Durán, Delhy Tejero or María Laffite and Pérez del Pulgar, Countess de Campo Alange place us before an irregular, fascinating and totally unknown genealogy that comes to our days free and open to new theories and critical analysis.

The project of diffusion of Dones Dadà (Dada Women) takes shape in this phase materialized in a publication that has the graphic intervention of Aurora Duque and the creation of a comparative timeline of situations and moments of our environment and the international context.