NEWSLETTER
NEWSLETTER
Es Baluard > Actividad > San Sebastián. From the icon to the myth

San Sebastián. From the icon to the myth 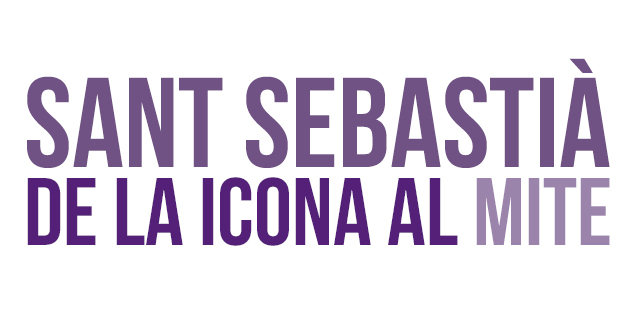 «San Sebastián. From the icon to the myth» is an initiative of Es Baluard that takes place within the framework of the festival of San Sebastián, patron saint of Palma and whose objective is to focus a debate focusing on lines of research and thought Contemporary on gender and transgender.

The cycle is based on the different approaches to language and contemporary thinking about the iconography of the saint, which have been developing in time and which still need a revision today. The museum invites you to reflect on these questions based on the activities you have received in each edition.

2014. Review of the iconographic representation of the martyr in the history of art and its link with the City of Palma. Analysis of interpretations, potentialities, theories and readings (gender, queer, gay …)

Debate table with Joana Mª Palou (Director of the Museum of Mallorca), Antoni Garau (exhibition designer, commissioner), Pere Bujosa (president of the Friends of the Opera House of the Teatre Principal) and Nekane Aramburu (director of Es Baluard) .

2016. Maternity from the various transversal aspects that surround it, based on the work of Louise Bourgeois

Experimental curatorial essay proposed by Juanjo Oliva with the participation of Damià Vives, Miquel Planas, Jorge Fuembuena between the days of January 18 to February 12 at the Observatory. As a colophon, a subsequent debate about the cruising practices with Oliva himself was organized, Jan Gómez (president of Ben Amics) Rosa Mascaró (teacher and therapist) and Pepe Miralles (Doctor of Fine Arts at the Polytechnic University of Valencia) .

2018. Apprenticeship of a martyr. From the victim to empowerment in LGTBIQ cultures

Lecture by Juan Vicente Aliaga, professor of Theory of modern and contemporary art at the Polytechnic University of Valencia. Download the text here.

This project would not have been possible without the invaluable task of Sebastià Mascaró member of the educational team at Es Baluard until September 2017.