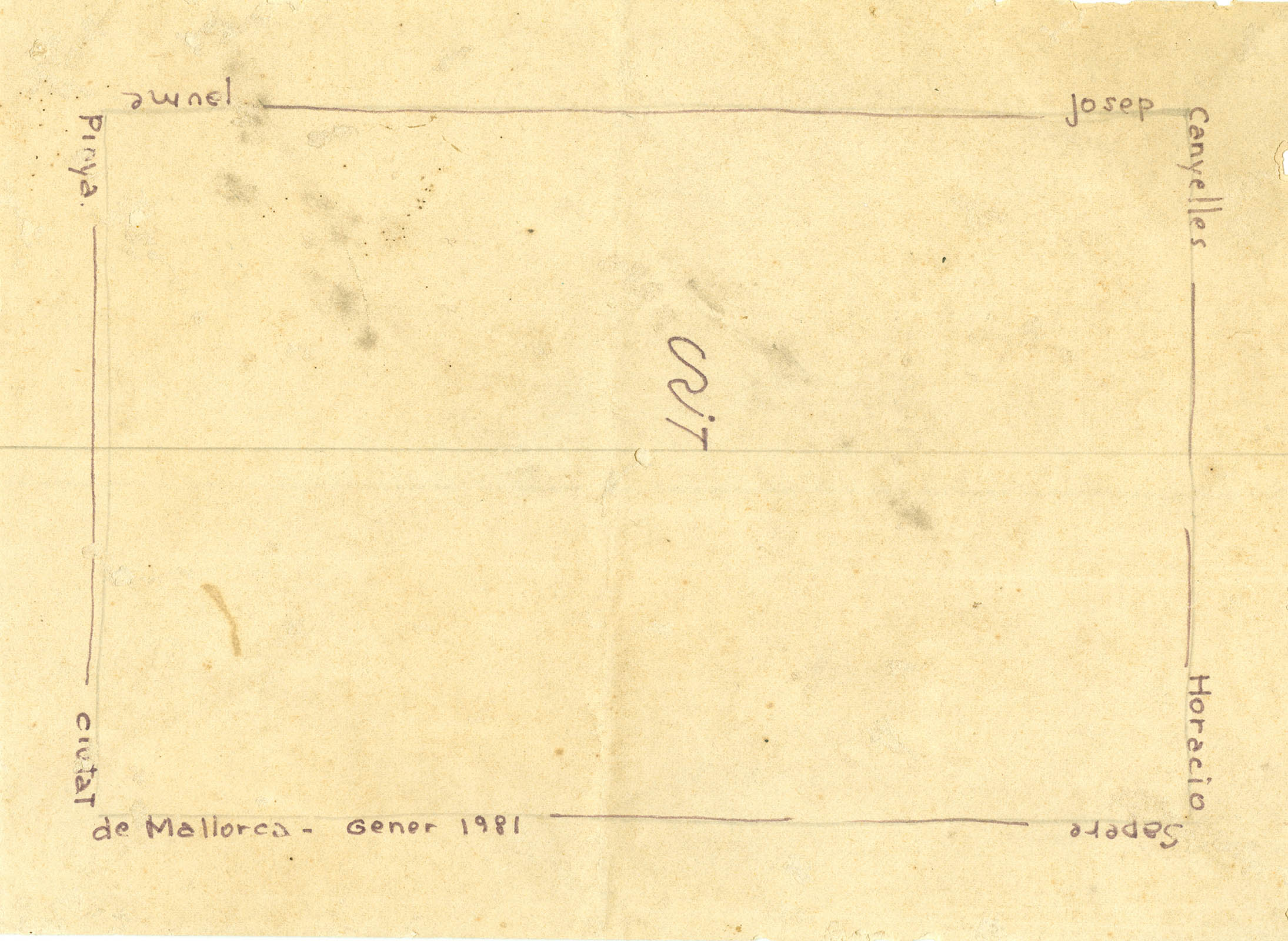 Let's see if...
Experimental Poetry and Mail Art in Mallorca

During the nineteen-seventies artistic practices in Mallorca went through major changes at all levels. The visual arts made numerous contributions to artistic movements through their actions and works. Art collectives, occasional collaborations, and individual initiatives manifested a desire for a radical change in the traditional behaviors of the pre-democratic society.

Artists from the Balearic Islands took part in fights for the protection of the territory and protest actions in various areas of the official culture. They used the artistic languages ​​of the avant-garde that were emerging in Mallorca. Performances, happenings, poetic actions, experimental poetry, manifestos, publications, author editions, theater, music or Mail Art played a prominent role during the Transition. The 1970s were a creative cry for art and the lives of a generation of artists willing to change the perception and ways of seeing art.

The artists Pep Canyelles, Jaume Pinya and Horacio Sapere recovered the documentation they kept in the drawers and corners of their workshops, to create a documentary corpus that explains ten years of work and relationships and is now deposited in Es Baluard Museum. The archive, called “Risk and Rupture 1973-1983”, contains more than a thousand documents belonging to 196 authors from different geographies. Authors from East Germany, Federal Germany, England, Argentina, Belgium, Brazil, Canada, Denmark, Spain, the United States, France, Holland, Hungary, Italy, the former Yugoslavia, New Caledonia, Poland, Uruguay, Venezuela and Chile, make up an exceptional archival collection. It is the so-called artist archive in which we discover the relationships of local artists, their union with groups and artists from around the world through Mail Art and experimental poetry.